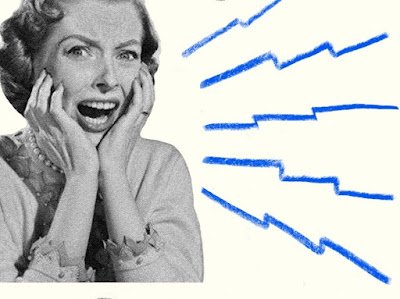 One of the reasons why I began this blog and my work calling out anti-LGBTQ propaganda was because of how groups like the Family Research Council would cherry-pick legitimate science or cite junk science to create a false and negative narrative about the LGBTQ community.

Today, FRC, with the help of extreme right-wing crap sheet Breitbart, is taking a different path. The group is calling out legitimate science:

For progressive activists, nothing can stand in the way of their agenda -- not even the health and well-being of children.

In a disturbing report from Breitbart, it was revealed that liberal activists embedded within the National Institutes of Health (NIH) are currently carrying out a taxpayer-funded study to the tune of $5.7 million that is designed to result in a pre-determined conclusion: that children with gender dysphoria should be "affirmed" in their chosen gender identity through the use of puberty-blocking drugs and sterilizations.

A source with detailed knowledge of the as yet unreleased study which began in the Obama era said that it is:

...affirming gender change with family and environmental support in children as young as five years, and using puberty blockers and cross sex hormone treatment in children at the initial onset of puberty which could be as young age 8-9 years, and then following them for only five years.

In a blatantly obvious example of conflict of interest, the four researchers who are conducting the NIH study each run their own private practices that encourage "affirmation therapy" for children who are experiencing gender dysphoria. What's more, the children who are participating in the study are the same ones who are receiving "therapy" from the four researchers!

The dangers of undergoing a "gender transition" have already been well documented by FRC and many other organizations. For children in particular, the physical effects of hormone blockers are heartbreaking, as confirmed by doctors at Johns Hopkins University.


Neither Breitbart nor the Family Research Council have a reputation for honesty and accuracy, particularly when it comes to both science and the LGBTQ community. Neither employs anyone with an iota of expertise in this issue they are screeching about. And this lack of credibility shows. The supposed documentation by FRC is nothing more than ridiculous talking points from staff members.

Read more »
Posted by BlackTsunami at 5:23 PM No comments:


Trump Defunding HIV/AIDS, Cancer, Mental Health Programs – Using Money to Pay for Migrant Kids in Cages - And we are going to all suffer for it. Hatred and resentment is a fire which consumes all and nothing is exempt.


Exclusive: With more immigrant children in detention, HHS cuts funds for other programs — like cancer research - More on the situation from the original source.

Forget wedding cakes. ADF now wants to keep transgender women out of homeless shelters.- This is a travesty. Simply this cannot happen.

Grindr Announces ‘Zero Tolerance’ Of Racism, Fat Shaming And Transphobia - Never been on Grindr and have no desire to but this conversation needs to happen, regardless. There is a fine line between "just a preference" and establishing a baseline which tells others who supposedly don't measure up that they don't matter in the LGBTQ community. And that line is crossed too many times.