Sorry, Family Research Council & Alliance Defending Freedom, but you are both hate groups. Own it

The Family Research Council is angry about the controversy with Jeff Sessions and has taken to bashing the Southern Poverty Law Center over the hate group designation it and other religious right groups have been given.  It's all a bunch of tripe, but take a look at this last sentence from FRC's whine fest:

After eight years of an all-out war against men and women of faith -- led in part by Obama’s Justice Department -- the attorney general’s willingness to talk openly about issues like religious freedom is refreshing. As ADF and Trump’s DOJ have made clear: “We all condemn manifestations of true hate.” But believing what the Bible says about marriage, sexuality, and gender isn’t hate -- no matter what SPLC’s apologists say.


No matter how many times SPLC has made it clear that it does not give out "hate group" designations because of religious beliefs, the Family Research Council will continuously claim that this is the reason why it is being called a hate group. That in itself is a lie. Let's go over this again, because I love doing it.

. . .  The religious right in America has employed a variety of strategies in its efforts to beat back the increasingly confident LGBT rights movement. One of those has been defamation. Many of its leaders have engaged in the crudest type of name-calling, describing LGBT people as "perverts" with "filthy habits" who seek to snatch the children of straight parents and "convert" them to gay sex. They have disseminated disparaging "facts" about gays that are simply untrue — assertions that are remarkably reminiscent of the way white intellectuals and scientists once wrote about the "bestial" black man and his supposedly threatening sexuality.

Generally, the SPLC’s listings of these groups is based on their propagation of known falsehoods — claims about LGBT people that have been thoroughly discredited by scientific authorities — and repeated, groundless name-calling. Viewing homosexuality as unbiblical does not qualify organizations for listing as hate groups.


Read more »
Posted by BlackTsunami at 4:49 PM No comments: 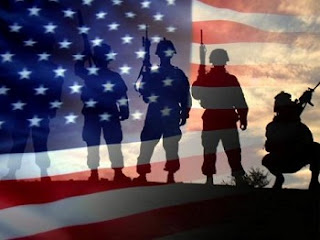 GOP Poised To Strip Medically Necessary Care For Transgender Troops - Seriously, what the hell! This is not the way to treat people fighting for our freedoms.

US Rep. Joe Kennedy III slams proposed defense spending bill amendment as 'anti-transgender'- And this is NOT going without a fight

A Reminder That Russia Is An Authoritarian State That Terrorizes LGBTQ People - It would seem that a lot of folks are forgetting this lately.

Attorney General Sessions refuses to release transcript of his speech to anti-LGBTQ hate group - Reiterating my post from last night. When the United States Attorney General has a secret meeting with a group behind almost every anti-LGBTQ bill in America and pushing the cause of criminalizing the LGBTQ community worldwide and will NOT release the transcript of his speech to them, we got problems. BIG PROBLEMS.

Here's What Parental Leave Is Like For LGBT Families - Keep telling these important stories.