'Brits to Franklin Graham: We don't want you or your homophobia coming here' & other Wed midday news briefs 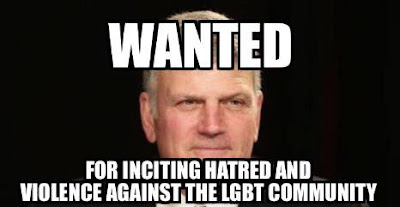 Brits are furious Franklin Graham is coming to England to spread anti-LGBTQ “love” - Oh yeah! This is awesome! One city, Liverpool, has already canceled his tour and others don't seem very welcoming.

Lesbians more accepted than gay men around the world, study finds - This is interesting.

Arizona Bill Would Ban Transgender Girls, Women From Sports Teams - Based totally on assumptions. God forbid any of these "concerned" people attempt a real conversation including actual medical experts on the issue. And you can tell it's bigoted. It would only apply to female teams. 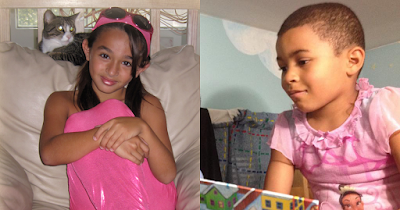 Media Matters has just come out with a wonderful article which exposes who is behind the large number of state legislative bills targeting transgender children:

On January 22, a South Dakota legislative committee moved forward HB 1057, a dangerous bill that would make it a misdemeanor for medical professionals to provide trans youth with affirming medical care, such as prescribing lifesaving hormones or puberty blockers. While drafting the measure, the bill’s sponsor, state Rep. Fred Deutsch (R), reportedly consulted with an anti-trans group called the Kelsey Coalition that has ascended with the help of right-wing media.

Anti-LGBTQ groups the Heritage Foundation, Alliance Defending Freedom, and Liberty Counsel also reportedly influenced the measure, which is expected to be voted on by the full South Dakota state House on January 29.

The Kelsey Coalition is a group of medical professionals, parents, and others who reject the identities of trans youth and advocate against affirming care. The Heritage Foundation gave the Kelsey Coalition its first major platform by featuring a member at a panel advocating against affirming the gender identities of trans youth.

According to The Washington Post, Deutsch attended a separate anti-trans event at the Heritage Foundation, at which organizations involved -- including the Kelsey Coalition -- released a co-branded parent resource guide on how to reject transgender children and advance policies to attack the trans community. Deutsch is also reported to have worked with extreme anti-LGBTQ groups Alliance Defending Freedom and Liberty Counsel on the bill.