Lgbts 'bossing around' Bryan Fischer is just giving him FITS!

Knee deep in the middle of sessions at Netroot Nations, I wasn't going to post until later day.

But Bryan Fischer of the American Family Association is one of the only people who can divert me momentarily from the sessions. Fischer is pitching a hissy fit because he is so tired of lgbts of "bossing him around:"

According to a survey released by the Centers for Disease Control today, less than three percent of the US population identifies as gay, lesbian, or bi-sexual, which prompted Bryan Fischer to declare that it is bizarre that American society has allowed itself to be forced into accepting homosexuality by a "tiny little minority" of belligerent, intolerant bullies.

"They are belligerent, they are intolerant, they are bullies," Fischer declared, "and we have been meekly capitulating to this tiny little cluster of belligerent bullies now for a couple of decades and it's time that we stop with all of that!"

Fischer says Christians need to stand up and declare that they will not accept this "sexual deviancy" by urging gays "to turn yourself over to God." "It's almost comical," he continued, "that we have allowed these people to have so much power in our culture where they can force their deviant lifestyle into the public sphere and compel so many sectors of society to recognize this and to celebrate it as some kind of normal lifestyle":


Is this fool for real? Fischer accusing lgbts of being "intolerant belligerent bullies," is like Satan kicking a lesser demon out of hell for being too mean to the "inmates."

To put it Fischer's hypocrisy in even simpler tones: 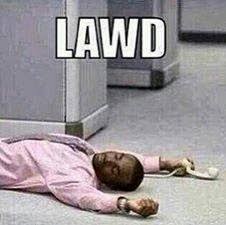