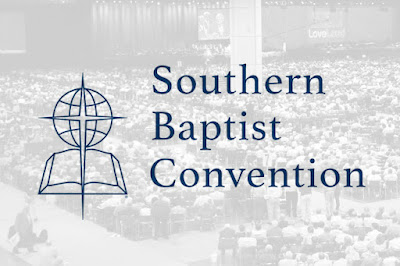 On Sunday, a blockbuster about the Southern Baptist Convention rocked the country.

According to the BBC:

Leaders of the world's largest Baptist denomination covered up sex abuse by clergy for years and vilified survivors, an internal report says. The seven-month investigation found that survivors had come forward over two decades about abusers within the Southern Baptist Convention (SBC). But their pleas for intervention were met with "resistance, stonewalling, and even outright hostility" by officials.

With 13 million members, SBC is the largest Protestant body in the US. The investigation - carried out for the SBC by an outside firm - was launched in the wake of 2019 report by the Houston Chronicle and San Antonio Express-News that exposed hundreds of alleged cases of sex abuse within the church. Amid internal divisions over how to handle the scandal, thousands of delegates at the SBC's annual gathering last year voted in favour of a third-party review of the church's actions.

The 288-page report issued on Sunday names a few senior leaders on the church's executive committee as having control over its response to the reports of abuse and of being "singularly focused on avoiding liability for the SBC". These officials reportedly "protected or even supported alleged abusers", the report says.

After all of the raging we've been hearing this year from Florida Governor Ron DeSantis and his people, the religious right, Fox News, Matt Walsh, Libs of TikTok and and various other folks about the Disney corporation and schools supposedly 'grooming' kids, one would think they would be stampeding to condemn SBC.

Don't count on it. The silence has been deafening on the right, particularly the religious right. Not even one tweet from folks like Franklin Graham or the Family Research Council.  Apparently the SBC scandal lacks that one single ingredient which would make it irresistible to folks on the right.

There are no LGBTQ people in sight to vilify.  With no LGBTQ people to vilify, that means no hidden prejudices to exploit, not attention to be grabbed, no money to be raised. And let's not forget that SBC is a religious body. God forbid these so-called moral crusaders give even a smidgen of time decrying their own with the same amount of zeal they connect LGBTQ to the latest lie they craft about us supposedly indoctrinating kids.

It's not surprising to those who know the religious right for what they truly are. Nevertheless, it's still disappointing. 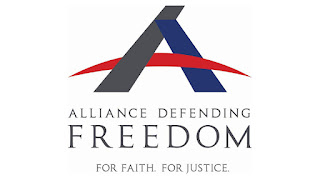 Emails shed light on how Hanover’s School Board and Alliance Defending Freedom came together​ - School board tries to team up with anti-LGBTQ hate group but doesn't want anyone to know about it.
ALLIANCE DEFENDING FREEDOM - Extensive information proving that the Alliance Defending Freedom is a dangerous anti-LGBTQ hate group.
GOP governor would veto bill that forces schools to out LGBTQ students - A GOP governor with good sense about LGBTQ issues? It must be a day of miracles.
Through Line of Critical Race, 'Don’t Say Gay,' & Great Replacement - The attacks on black people and LGBTQ people are all connected.
GOP Ideologues Keep Flopping In Their Efforts To Take Over School Boards - This is nice but the fight don't stop.
Posted by BlackTsunami at 9:06 AM No comments: