It's been a wild day for marriage equality.

Just as he promised to do, New Jersey Gov. Chris Christie vetoed the marriage equality bill passed by the New Jersey legislature:

The veto came a day after the state Assembly passed the bill. The state Senate had passed it on Monday. Christie, a Republican who opposes same-sex marriage, had vowed "very swift action" once the measure reached his desk.

In returning the bill to the Legislature, Christie reaffirmed his view that voters should decide whether to change the definition of marriage in New Jersey. His veto also proposed creating an ombudsman to oversee compliance with the state's civil union law, which same-sex couples have said is flawed and promotes discrimination.

. . . "I have been just as adamant that same-sex couples in a civil union deserve the very same rights and benefits enjoyed by married couples – as well as the strict enforcement of those rights and benefits," said Christie's statement. "Discrimination should not be tolerated and any complaint alleging a violation of a citizen's right should be investigated and, if appropriate, remedied. To that end, I include in my conditional veto the creation of a strong Ombudsman for Civil Unions to carry on New Jersey's strong tradition of tolerance and fairness."

Oh blah, blah, blah. New Jersey legislators have two years to overturn Christie's veto and from what I hear they are primed and ready.

Meanwhile, in Maryland after a contentious debate, the Maryland House of Delegates passed that state's marriage equality bill:

After two days of contentious debate and the consideration of several amendments, the Maryland House of Delegates has passed marriage equality legislation with a vote of 71-67. One of the amendments passed delayed the date of enactment from October to January. Another created a non-severability clause, such that if the religious protections are overturned by the courts, the entire law would have to be deemed invalid. The measure still has to advance through the Senate Judicial Proceedings Committee and full Senate, and even then, it is likely to be challenged by a referendum.

It's like I said yesterday. The momentum is clearly on our side and no matter what happens next, we won't stop. All the money in the world, nor horror stories or lies will stop us from getting security for ourselves and our loved ones.

We got a taste of success and we want more. We will get more, no matter how long it takes.

Posted by BlackTsunami at 3:51 PM 3 comments:

'Is Dick Cheney lobbying for marriage equality?' and other Friday midday news briefs

Dick Cheney is lobbying for marriage in Maryland? - Holy @!^! Is Emperor Palpatine on our side on this one?

Media Research Center Intensifies Campaign Against Glee - For pete's sake! I keep telling people that Glee does not figure in the gay plan for world take over. It's the Smurfs. I mean think about it - a village without over 100 men and only three women.

Photog to NOM's WA site: We don't support or enjoy your work - NOM gets rebuke from owner of photos it uses.

Prop 8 Defenders Call For 'National Day to Pray for Marriage' - Yet NONE of these folks testified during the trial. 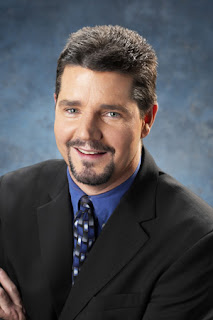 Glenn T. Stanton of the right-wing Focus on the Family is maligning same-sex families again. According to Religious Right Watch, during an episode of the radio show Truth that Transforms with John Rabe, he called into question the idea that same-sex families are healthy and attacked research proving this point:

Rabe: Glenn, it’s always very interesting to me because we Christians are portrayed as being often anti-science and anti-progress and so forth yet when you talk about the issue of marriage and family it’s interesting how the other side very quickly becomes the sentimentalists in the group, suddenly all the empirical data, all the scientific stuff, is completely ignored and you hear statements about ‘people who just love each other should be able to marry and define that for themselves.’ From an empirical perspective there’s not even any argument about how beneficial a traditional man-woman marriage and family is as opposed to other models, is there?

Stanton: You said it exactly right. It’s remarkable how those folks on the other side being the ‘reasonable ones,’ the ones who unlike us don’t believe in sentimentality and myth and things like that, they become very, very unscientific.

Stanton should really be careful as to how he claims to know science. It got him figuratively spanked in 2008 by the American Anthropological Association.

How sad that he hasn't learned his lesson. But as William Shakespeare said in the play King Lear:

To wilful men, the injuries that they themselves procure must be their schoolmasters

The American Psychological Association’s review of mainstream scientific literature has debunked claims that children of same-sex couples would have more mental and emotional problems. In addition, studies consistently find that children raised by same-sex parents are just as well-adjusted those raised in households with opposite-sex parents.

A University of Amsterdam study [pdf] on the “quality of life (QoL) of adolescents in planned lesbian families” found that their quality of life is no different from their peers.

Now when faced with these studies, religious right spokespeople and phony experts will quickly find fault with them:

"The sample size is too small,"
"the researchers were biased,"
"there were methodological flaws."

And there lies the rub. When studies show that same-sex parenting isn't necessarily a bad thing, the religious right will bash these studies because they can't refute this work with studies of their own.

How can they? Very few of these folks on the right talking about "families" have any expertise  when it comes to researching these families. And Stanton is no different. According to his bio:

Glenn T. Stanton is the director for Family Formation Studies at Focus on the Family in Colorado Springs and a research fellow at the Institute of Marriage and Family in Ottawa. He debates and lectures extensively on the issues of gender, sexuality, marriage and parenting at universities and churches around the country. He served the George W. Bush administration for many years as a consultant on increasing fatherhood involvement in the Head Start program.

Stanton is the author of five books and a contributor to nine others, including Why Marriage Matters: Reasons to Believe in Marriage in Postmodern Society (1997), My Crazy, Imperfect Christian Family (NavPress, 2004) and Marriage on Trial: The Case Against Same-Sex Marriage and Parenting (InterVarsity Press, 2004), which was featured on C-SPAN BookTV.

His latest book, The Ring Makes All the Difference (Moody Publishers, September 2011), explains the latest research findings, as well as biblical wisdom, on why cohabitation is not a smart idea for couples and their children. Stanton's previous book, Secure Daughters, Confident Sons: How Parents Guide Their Children Into Authentic Masculinity and Femininity (Multnomah, 2011), explored how mothers and fathers raise girls and boys to be strong, healthy women and men.

You'll notice that the one thing he has never published are studies on same-sex families. I wouldn't necessarily call him an out-and-out fraud, but I will say that he has no standing to criticize any studies in regards to same-sex parenting, since he hasn't done any himself.

Stanton is clearly applying old adage of "faking it until he makes it."

But Glenn, you aren't making it. Not by a long shot.

Posted by BlackTsunami at 4:49 AM 2 comments: