An excellent publication, The New Civil Rights Movement which is run by a good colleague of mine (David Badash), pointed something out which I want to piggyback on because I want to make as much people as possible know this:

"Barronelle Stutzman is now going to lose her business, her life savings, and possibly her own home for putting her faith into practice," Fox News' Erick Erickson claimed, incorrectly, yesterday.

Stutzman "stands to lose her business, her home, and her personal savings," a CNN op-ed today wrongly claimed.

And The Heritage Foundation ran this apparently fictive piece today:


In a phone interview with The Daily Signal, Barronelle Stutzman said the decision—and its accompanying fines—will put her flower shop out of business, or worse.

After the fines and legal fees, “There won’t be anything left,” Stutzman said. “They want my home, they want my business, they want my personal finances as an example for other people to be quiet.”


According to the Huffington Post, this is the story:

Benton County Superior Court Judge Alexander C. Ekstrom found that the florist (Stutzman) violated consumer protections when she wouldn't sell flowers for the same-sex wedding of a longtime customer because of her religious beliefs. The couple was protected by the Washington Law Against Discrimination, which prohibits bias based on sexual orientation, the court ruled.


Since that time religious right and conservative outlets have been pushing the idea that Stutzman is in danger of losing her home and business. To them, she has become the face of their argument for so-called "religious liberty," or the idea using religious beliefs as an excuse for businesses to discriminate mainly against lgbts. As you read above, they have been emphasizing the idea that Stutzman could lose her home, life savings, and business. Even the American Family Association sent the following out: 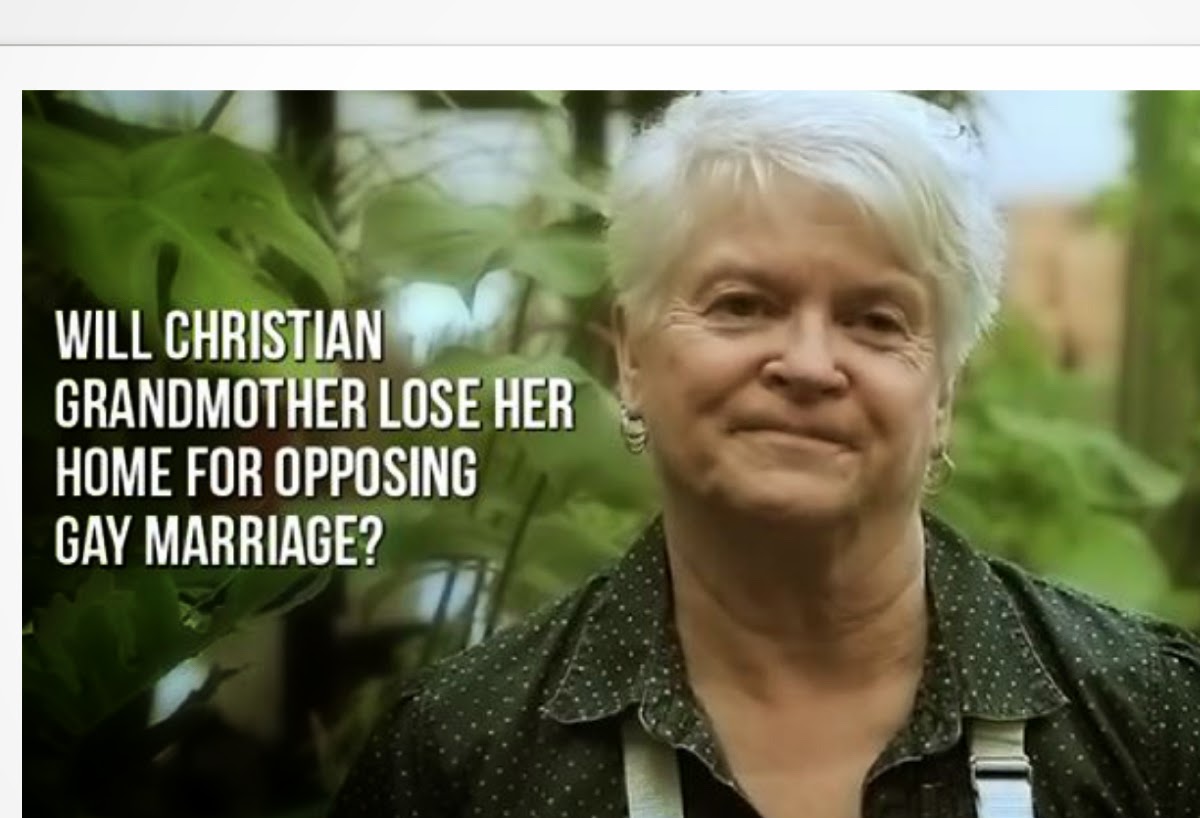 But the notion that Stutzman could lose her home, life savings, etc for supposedly "opposing gay marriage" is a deliberate stretching of the truth.

National attention turns to Charlotte as Franklin Graham, Benham brothers speak out against Charlotte LGBT ordinances - Oh boy. How come "fun stuff" like this hardly ever happens in South Carolina?


Fox's Erick Erickson: The Only Line Between "Gay Rights Extremists" And "Islamic Extremists" Is "Death" - Which really makes no sense at all, but then again Erick Erickson DOES work at Fox News. One thing he said irritates the heck out of me. It always drives me crazy when folks like Erickson categorize their attempts to stomp on lgbt equality as a "mere disagreement with homosexuality." We're not talking about a "mere disagreement" here but actions (and lies told) geared to making lgbts second-class citizens. Actions usually create reactions. In other words, if you don't want lgbts to react negatively to you, stop acting negatively towards us. ESPECIALLY stop lying on us and then hiding behind your religious beliefs.

Doctor Who Turned Away Gay Moms Isn't the Real Problem -- Here's What Is (Video) - This is a VERY INTELLIGENT look at the recent controversy of the pediatrician who refused to treat the child of a same-sex couple. Read it all before passing judgement.

Kentucky Bill That Would Have Let Students Sue If They Saw Transgender Students In Certain Bathrooms Fails - THANK GOODNESS! The bill was stupid on so many levels.

Todd Starnes spreads another false anti-gay story. How does he stay employed?

Pretty soon, folks are going to start asking how does Fox News personality Todd Starnes stay employed. According to Media Matters, he got caught pushing yet another false story of anti-Christian persecution:

In a February 9 opinion piece for FoxNews.com, Fox News' serial misinformer and mouthpiece for anti-gay hate groups Todd Starnes reported on allegations that high school students at Acalanes High School in Lafayette, California, were "bullied" by the school's Queer Straight Alliance during a class presentation. His report drew heavily from a press release by the Pacific Justice Institute (PJI), an anti-LGBT hate group with a history of fabricating horror stories to combat efforts to make schools welcoming for LGBT students. Starnes concluded his report by asking, "Has it really come to this, America -- forcing students to declare their allegiance to the LGBT agenda?"

The story spread across right-wing media, being featured on Breitbart, WND, MRCTV, and a number of smaller conservative outlets, as well as being shared thousands of times over social media.


The problem was that neither Starnes, nor any of the conservative outlets for that matter, did any further investigation or even waited for the district investigation before raising hell. If they had, this is what they would have found:


An examination of the program and classroom environment would suggest gross inaccuracies in the Pacific Justice Institute press release. It is not clear what other primary source Fox News used for their reporting, but their "opinion" piece on the program does not reflect what actually took place. Did not happen [quoted directly from PJI's press release]: ridiculed and humiliated / intimidation and interrogation / also had students line up. The peer led classroom activity was a carried out in a respectful environment and under the supervision of the classroom teacher. The activity focused on tolerance and acceptance, with an emphasis on anti-queer harassment and homophobia. It was intended to help students better understand the LGBTQ student experience. The program is in its 15th year at Acalanes High School and his been a model program and replicated throughout the region.


Media Matters also points out that Starnes and Fox News in particular shouldn't have relied solely on PJI for the story because the organization duped them before:

This is the second time Fox News and other conservative outlets have been duped by the Pacific Justice Institute. In 2013, PJI was caught promoting a fabricated story about a transgender student in Colorado harassing girls in the school bathroom - a claim that was also debunked by that school's superintendent. Starnes contacted Nickerson for his own piece, and Starnes quoted Nickerson as writing that the school was aware of the "concerns and allegations raised by two parents and the Pacific Justice Institute" and that it was "investigating the situation."

But rather than waiting for the investigation to be completed, Starnes uncritically parroted PJI's allegations.


Starnes is swiftly getting a reputation by some as an activist exposing anti-Christian persecution. However to many others, he is actually a sloppy reporter who allows his personal views to cloud his judgement when writing his pieces.

And he is leaving an paper trail of false allegations and bad work.

Just how long is that paper trail?

Tune in to this blog next week to find out.