Without question, the MVP of insanity throughout this entire Roy Moore Senate run is one of his spokespeople, Janet Porter.

Via her insanely combative interviews and even wilder conspiracy theories, Porter probably did more to hurt Moore's campaign, short of the allegations that he chased after underaged girls.

But to those who have been watching Porter while being aghast at her tactics, the LGBTQ community has one thing to say::

Where the hell have y'all been. We've known about Ms. Porter for years because she isn't exactly a friend of our community. In fact, she has been a bane against us as long as I can remember. I could count the number of times going back to 1997, but for the sake of levity and desire to spotlight the most egregious, let's talk about the "documentary" she premiered in 2015.

“Light Wins: How To Overcome The Criminalization Of Christianity" was a spooky concoction of lies, fear tactics, badly directed scenes, and plain homophobia. It also featured a number of Republican legislators and conservative figures: 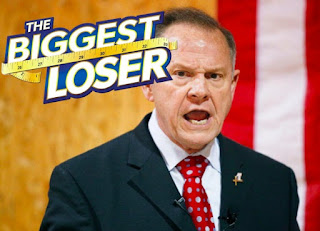 Roy Moore files complaint to block Alabama Senate result - Forget it, you homophobic boob! At this point you are merely being amusing.

Bishop of Liverpool criticises Christian Trump supporters - Good for him!

This Chechen Gay Refugee Was Forced to Apologize for ‘Disgracing Chechnya’ by Talking About the Gay Purge - UGH! Just simply ugh!

4 positive political moments for the LGBTQ community that somehow got past Trump - The title of this piece should be "Four pro-LGBTQ moves accidentally made by the Trump Administration."