I once said that I would not put the following pic on my blog. I apologize for breaking that vow but a point needs to be made. 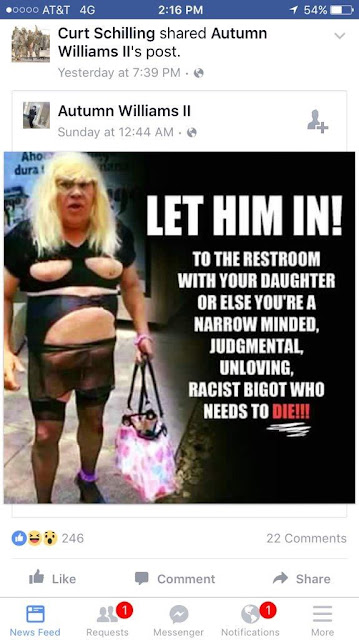 The above disgusting pic, along with a vicious anti-transgender rant is the main reason why ESPN fired sportscaster Curt Schilling. As you can see, it's an ugly, paranoid, and very inaccurate take in support of these various "bathroom bills" some state legislators have been attempting to pass. 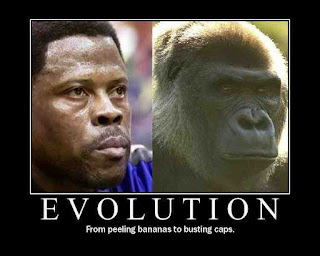 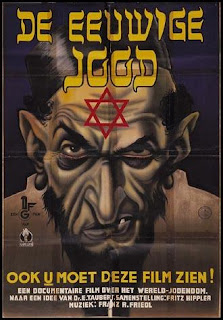 But you can't tell that to conservatives and members of the evangelical right, such as Ted Cruz, Todd Starnes, Sean Hannity, etc. To them, the victim of the entire incident is not the transgender community, who have to deal with yet another person putting their mental and physical health in danger and accusing them of being predators.

Read more »
Posted by BlackTsunami at 3:29 PM No comments:

Ted Cruz Bravely Speaks Out Against "Putting Little Girls Alone in a Bathroom With Grown Men" - Meanwhile, Cruz shows his true colors with the deliberate shift to the lie of transgender folk harming children.

Religious homophobia by the decades - a visual exercise - Now would be a perfect time to spotlight this older post of mine. It gives a visual breakdown of what Cruz is doing.

Calls to the Trans Crisis Hotline Have Nearly Doubled Since North Carolina Passed HB2 - A result of HB2? What do you think.


Posted by BlackTsunami at 9:14 AM No comments: