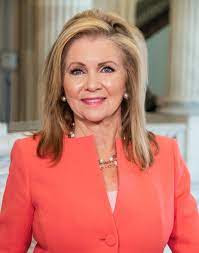 And now a double lesson on

1. Why we shouldn't ignore anti-LGBTQ entities and especially the lies they tell about us

2. Why we should never be so naive as to think that we only have to refute an anti-LGBTQ lie only once.

Earlier this week,  I posted about how the group Media Matters exposed that an assault on a female student in a Virginia school last year was being exploited to create a negative narrative about trans students and pro-trans policies in schools:

Right-wing media have seized on a report of a sexual assault at a high school in Loudoun County, Virginia, to attack trans-inclusive bathrooms, often suggesting that a policy in the school district opened the door to predators in girls’ bathrooms. In reality, the policy was not in effect when the reported sexual assault occurred, and it is always illegal to assault or harass someone.

Also, according to The Washington Post (by way of Media Matters), conservative entities  identified the young man perpetrating the assault as gender fluid and wearing a dress, but the authorities did not verify either assertion.
If you thought this was the end of it, then you obviously don't know the anti-LGBTQ right or their allies. As I have written about on numerous occasions, they tend to repeat false stories and junk science about LGBTQ people even when said false stories and junk science have been refuted.  With regards to this particular false anti-LGBTQ story, Republican members of the United States Senate used it to interrupt a judicial nominee's hearing on Wednesday.
According to The Huffington Post:

Holly Thomas, President Joe Biden’s pick for a lifetime seat on a powerful U.S. appeals court, got her Senate confirmation hearing on Wednesday. But Republicans on the Judiciary Committee decided to make something else the focal point of the hearing: their own transphobia. One by one, GOP senators used their allotted time for questions with Thomas, a civil rights attorney up for a California-based seat on the U.S. Court of Appeals for the Ninth Circuit, to talk about a months-old case of sexual assault at a high school in Loudoun County, Virginia.
. .  .“Last week, we learned that the Loudoun County school board in Virginia covered up the fact that a male wearing a skirt had sexually assaulted a 14-year-old girl in the girl’s bathroom at the school,” said Sen. Chuck Grassley (R-Iowa), the top Republican on the committee. “In 2016, you argued in multiple briefs that concerns about the safety of young girls in school bathrooms were unfounded,” he said to Thomas. “In light of the troubling news about Loudoun County, do you still believe that concerns about safety and privacy, especially for young girls, in school bathrooms are [not] valid .
. . “Do you stand by your comments in these [2016] briefs that there is no evidence of violence or crime in restrooms by allowing biological males to use biological females’ restrooms?” asked Sen. Josh Hawley (R-Mo.).
“It should not be lost on you how unsettled that Tennesseans that I represent are by your nomination because of what you have said about the transgender rights and the assault that happened in Loudoun County,” said Sen. Marsha Blackburn (R-Tenn.). “People want to know that their children are going to be safe.”
“I want to get back briefly to what Sen. Hawley was talking about,” said Sen. Mike Lee (R-Utah), referencing one of her 2016 briefs relating to bathrooms.
“You said that, ‘In states where nondiscrimination protections are already law, Texas’ predicted safety harm has never materialized.’ It then went on to classify Texas’ concerns as ‘anxiety about possible future bathroom crime as nothing more than unsupported speculation,’” said Lee. “How would anyone know in that circumstance ... that no harm could ever materialize?”

It's sad that these elected officials disgraced their office by repeating a lie designed to demonize transgender kids, thereby making their lives more difficult. However it could have been worse. At least the truth regarding the incident was on record before they started. So instead of achieving a slam dunk against a Biden nominee, the GOP ended up with egg on their face, so to speak.
Of course the problem with that is how very few are paying attention. This means that Grassley, Lee, Hawley, Blackburn, and any other senator involved in this sad effort  can pretend as if they didn't cynically highjack a judicial committee meeting to sabotage President Biden's judicial nominee at the expense of trans children. And these children unfortunately have to depend upon them for their safety.
Posted by BlackTsunami at 4:34 PM 1 comment: 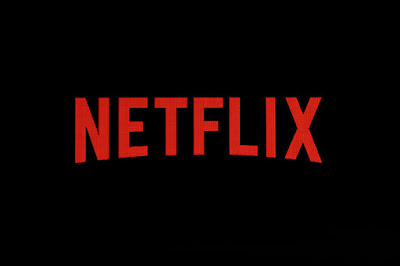 Hundreds Rally in Netflix Walkout Over Chappelle Special Debate​ - Netflix brought this on themselves by so many missteps. And they deserve it.
GOP Rep. Lauren Boebert Slammed As ‘Hateful Bigot’ For Tweet About Transgender Official - Stank people are always trying to jump on the successes of others.
Unearthed docs show US gov’t tried multiple times to deport WWE star for being gay - Damn. They tried to do Pat Patterson dirty simply because he was gay.
Out athletes barely exist in male team pro sports. Here's how that's changing.- Damn right. Keep working forward.
Across Africa, major churches strongly oppose LGBTQ rights - The struggle is real and it is universal.
Posted by BlackTsunami at 9:03 AM No comments: