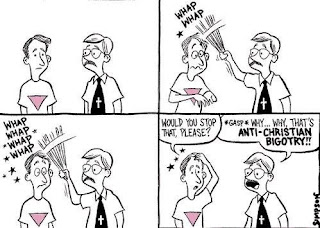 The Trump Administration has so many controversies and scandals that it's difficult to keep a count of them all. But the LGBTQ community should recognize the following controversy as one which could reap benefits if we make enough noise about it.

The Trump administration has refused to release information or records related to its “Religious Liberty Task Force” in response to a Freedom of Information Act lawsuit filed by BuzzFeed News.

The task force, announced in August, was created by former Attorney General Jeff Sessions to address religious liberty issues, who argued there was a “dangerous movement” threatening people of faith in this country.

Members of the task force, or advisors to it, are believed to include figures or prominent organizations from within the religious right, including several that oppose LGBTQ rights.

. . .  Since the announcement of the task force, BuzzFeed and other news outlets have sought information on which groups will be included in the task force or consulted as it attempts to craft certain policies or legislations. But the Trump administration has refused to identify those groups that are serving in an advisory role.

. . .  And the task force’s actions are under particular scrutiny since the resignation of Sessions, who served as its chair, and the appointment of interim Attorney General Matthew Whitaker, who has his own history of anti-LGBTQ statements and activism.


The LGBTQ community is not naive. We know that this bogus task force is merely another way for Trump to stay on the good side of the Family Research Council, the Alliance Defending Freedom, and other anti-LGBTQ religious conservatives and personalities.  And particularly in light of the news that former ADF spokesperson Kerri Kupec will now serve as spokesperson at the Justice Department, the Trump Administration's attempt to keep secret any information about the task force is a question we should be loudly demanding an answer about. 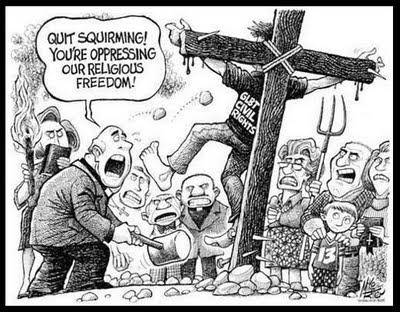 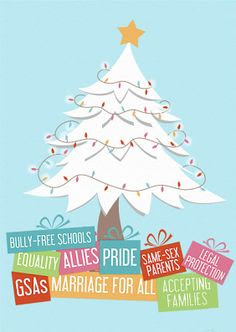 The holidays can be painful for LGBTQ children and teens - An unfortunate facet of homophobia. While the religious right spooks, fundraises, and scares about some 'War on Christmas' mess, their actions and instigations have helped to create a season of sadness for our LGBTQ kids.


Why the Religious Right Hates Target - Cause Target is too inclusive and nothing raises funds better than some lie about women and children being threatened.

Queer Catholics Condemn Pope’s Claim That Being Gay Has Become ‘Fashionable’ - Give him hell, y'all!

PETA criticized for comparing ‘anti-animal language’ to homophobia, racism - Come on, PETA. This here is some bullshyte.
Posted by BlackTsunami at 9:14 AM No comments: