Earlier this week, Rachel Maddow cried on the air due to how Trump's separation policy was negative affecting immigrant children, particularly infants.

In contrast, anti-LGBTQ activist Dave Daubenmire just melted down because people was criticizing Trump's policy. The man has a certain degree of talent. He managed to work in slams against abortion and the LGBTQ community in his rant.

Later in the webcast, one of the participants asserted that those who are crossing the border are not even real families but are “gang members” are are trying to sneak into the country, while pastor Dale Sochia of King Jesus Ministries on Louisiana misrepresented a statement from a border patrol agent to claim that undocumented parents are giving their underage daughters birth control and Plan B pills so that they can “use their children as sex to pay to get them into America.”


Hat tip to People for the American Way.
Posted by BlackTsunami at 5:02 PM No comments: 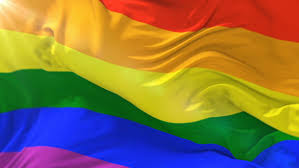 Atlantic cover story is a loud dog whistle for anti-transgender parents - I'm really ashamed that The Atlantic would get duped like this.

PFLAG Has Been A Lifesaving Resource For Families Of LGBTQ Kids For Decades - Yes it has!

‘As Much As I Can’ Examines The Health And Humanity Of HIV Positive Black Gay Men - Amen!

Queeroes 2018: Janet Mock - In this climate in which so many African-American transgender women are being taken from us, the more heroes the better.
Posted by BlackTsunami at 9:14 AM No comments: