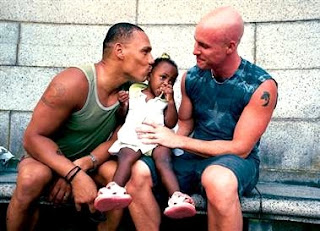 Bill could let Georgia adoption agencies bar LGBTQ foster parents - While using LGBTQ tax dollars. I keep telling people to look for the folks behind these bills, not the lawmakers pushing them.

Trump lawyer Jay Sekulow recommended conversion therapy to combat the supposed “perversion” of being LGBTQ - Trash is as trash does.

Ralph Northam reiterates support for Va. nondiscrimination bill - Then get it passed, already!

Posted by BlackTsunami at 7:46 PM No comments:

Pray for Rush Limbaugh. But never forget that he's lower than whale sh!t


This week, talk show host Rush Limbaugh announced that he is suffering from lung cancer.

We all know Limbaugh. He has spent an entire career attacking minorities, telling lies, smearing his opponents, and gloating over his success (complete with pictures of huge cigars dangling from his lips) in the name of "American exceptionalism."

Some of his activities included referring to Obama as a "man-child" (boy) and pushing birther lies about him, making a multitude of racist comments, spending several days describing different ways how college student Sandra Fluke is a "slut" simply because she spoke out about the need for birth control, claiming that actor Michael J. Fox was faking his Parkinson's Disease, and last but not least:

Making fun of people afflicted with and dying from AIDS by playing the Dionne Warwick song, "I Know I'll Never Love This Way Again."

Since his announcement, there has been an outpouring of well-wishers eager to express their support of him during his crisis.