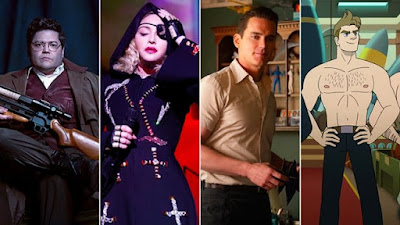 Half of Americans say they’d avoid an HIV-positive doctor - Still more education to do out there.

Indian-American gay couples find new forms of union amid stigma - There is not one LGBTQ community. We are mult-national and multi-cultural.

Harris meets with LGBTQ activists in Vietnam - VP Harris gets a lot of unfair comments thrown at her. I think she is a good ally.

Lil Nas X, Noted Power Bottom, Announces Album Release, Teases Song - Uh oh. Batten down the hatches. That young man has turned the rap world upside down and I am so here for it.