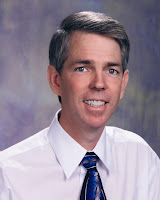 For those who claim that racism and homophobia aren't alike, or that racism is real while homophobia is a term "created by radical homosexual activists," I turn to the words of pseudo-historian David Barton.

Courtesy of People for the American Way's Right Wing Watch (who will probably start charging me for using so much of their material), comes the words of Barton on a radio program. Barton was claiming that "anti-bullying" initiatives are really the indoctrination blueprints of the lgbt community to nab children. Now pay attention to his words:

There’s a whole lost of this that goes on that parents don’t even hear about but it is going on. All this bullying stuff, as Brian pointed out, it’s not the schools that are doing bullying, it’s the people from outside the schools coming in and saying “oh you got a bullying problem and we need to teach a course for you.” The people living there didn’t see any problem. But it’s these outside agenda-"

Here, more than anywhere else, movement leaders had to deal with a ferocious form of white supremacist resistance paradoxically fueled by a combination of outside intervention and the apparent futility of that intervention. In the long run the ICC order would lead to grudging desegregation and ultimately to new social mores, but in the short run, the perceived emptiness of the Freedom Riders' victory encouraged continued resistance on all fronts, including voting rights and school desegregation. With the help of meddling federal officials, outside agitators had invaded the state, yet the Mississippi way of life remained intact. Among white Mississippians in 1962, this was the primary lesson conveyed by the Freedom Rides. [Freedom Riders, p. 481-482]

Or how about from the words of Peter de Lissovoy, a civil rights veteran:


The idea of thousands upon thousands of young African Americans in the South being communists really would have been absurd, perhaps even in the wild fantasies of the southerners of those times. I guess the idea was that it was we "outside agitators" from the North who were communists trying to bamboozle the "good Nigras" of the crackers' fond imagination into communist revolution.

Back in those days, there was a belief among Southern whites that African-Americans were fine with segregation and the second class status that it brought. Many of them felt that complaints about segregation were the products of people from the North coming into Southern towns and riling folks up. They called these people "outside agitators."

The belief was a way that many of these people dealt with the hard fact that segregation was wrong and the only reason why African-Americans didn't complain was because they feared for their lives.

Just like racists back then said, "Our Nigras were just fine until them outside agitators from up North riled them up,"  Barton seems to be saying "there is no problem with bullying until these radical homosexuals come in from outside the community and rile everybody up.

Barton knows that the bullying of lgbt students is a huge problem no matter where it is in the country, just like those Southern whites knew that segregation was a problem with African-Americans.

But back then, racists didn't care what problems segregation caused as long as black folks stayed in " their place"

The question to ask is does Barton feel the same way about lgbt students and bullying.

Posted by BlackTsunami at 3:58 PM 3 comments:

Fischer: Anti-Discrimination Rule Will Turn Housing Projects into "Hunting Grounds With Easy Prey for Homosexual Pedophiles" - When Bryan Fischer says crazy junk like this, don't get angry. Spotlight it. Make HIM the face of the religious right.

Michael Musto Tells Calvin Klein: 'Go Back In The Closet' - Musto takes Klein to task. Is his criticism valid? Whichever the case, I think Vince McMahon should headline the next Wretlemania with the two.

Report details warning for fired Mich. asst. AG - Apparently that nut from the Michigan Attorney General's office who stalked that gay college student has been in trouble before. Color ME surprised.

Gay couple alleges police brutality - Excuse me but what the hell?

Posted by BlackTsunami at 8:51 AM 3 comments:

I sincerely HOPE to step on toes with this post.

I submit to you the REAL problem in the African-American community when it comes to issues of lgbts of color. The following is from a little-noted press conference by some black pastors in Illinois (naturally put together by a predominantly white religious right group - that's always how the story goes) whining that the struggle for lgbt equality isn't the same as the African American struggle for equality:

It's a cute ignorant speech by Ms. Vessel whom I am certain most likely earned her title (s).

But then that's the thing which bothers me.

This woman reminds me of Crystal Dixon. Remember her? She is the former University of Toledo Human Resources Officer who, in 2008, got sacked for writing an anti-gay piece. She became a cause celebre of the religious right in regards to freedom of speech as long as they omit the fact that while she wrote the piece on her own times, she was talking about her employer's policy without the permission of her employer.

The important thing to remember about her for the benefit of this post is that she had claimed to be called by God to preach.

And then there is the case of the 2009 supposed exorcism of a gay teen by a woman who called herself a "prophetess."

Do you get what my point is here?

Just in the few blocks where I live, there are close to six or seven churches. And while I know there isn't anything wrong with this, I can't help wondering if some of those churches are run by people with a real interest on doing God's work or folks more interested in anointing themselves as "Reverend Doctor Bishop Prophetess Apostle whomever" in order to get a spotlight regardless of the fact that they don't know what the heck they are talking about.

I don't care what the old adage says. Ignorance is NOT bliss. And in the hands of people like the folks I mention, it's a deadly weapon used against lgbts of color

Like so many others, some African-Americans need to be educated on the fact that lgbts of color exist and we are just as normal and beneficial to the community as heterosexual African-Americans.

But our community also has a plethora of individuals who desire titles before their names or wanting their own churches to be filled with people drooling over their every word.

Unfortunately a lot of times, these folks aim their venom at us in order to get that spotlight. Folks such as Bishop Eddie Long who, before the gay sex scandal, not only led marches against the lgbt community but also spoke out publicly against us

And while these enterprising black leaders receive a great deal of prominence (hello Bishop Harry Jackson - another wannabe getting well-known from hurting his own people), lgbts of color, particularly young lgbts of color, are suffering.

We need less "apostles, prophets, reverends, and bishops" and more out and proud lgbts like so:

The question is who should the African-American community stand with - people who are simply standing up for themselves or a sad system of charlatans, liars, and secret humpers out to use God to get meaningless titles before their names.

The choice is yours, my beautiful black brothers and sisters.

Hat tip to Goodasyou and No More Downlow TV