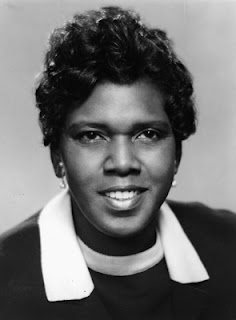 It's been said that had former Congresswoman Barbara Jordan (1936-1996) not become ill, former president Bill Clinton would have picked her to serve on the United States Supreme Court.


It would have been one hell of a pick:

Jordan campaigned for the Texas House of Representatives in 1962 and 1964.Her persistence won her a seat in the Texas Senate in 1966, becoming the first African American state senator since 1883 and the first black woman to serve in that body. Re-elected to a full term in the Texas Senate in 1968, she served until 1972. She was the first African-American female to serve as president pro tem of the state senate and served for one day as acting governor of Texas in 1972.

In 1972, she was elected to the United States House of Representatives, becoming the first black woman from a Southern state to serve in the House. She received extensive support from former President Lyndon Johnson, who helped her secure a position on the House Judiciary Committee. In 1974, she made an influential, televised speech before the House Judiciary Committee supporting the impeachment of President Richard Nixon.

Fischer: 'Poppers' and Promiscuity Cause AIDS - Don't let the headline fool you. Bryan Fischer of the American Family Association is saying that gay men have thousands of sexual partners. He claims that we admit this "in our own literature," but of course he doesn't say which literature. Now before you get angry - and you should - we should look at Fischer's claim scientifically. Now according to people like him, we are only one to three percent of the population. But yet also according to people like Fischer, we have thousands of sexual partners. Now there are only 365 days in a year which means that according to Fischer, a gay men has sex over three times a day with a different partner. It leaves me to ask the question where in the heck do we find the time to "indoctrinate children," "imprison Christians," and plot the general downfall of America? Answer - Bryan Fischer needs Jesus.

Jumping Beyond The Broom: Policy Priorities Outside Of Marriage Equality - A piece we ALLL need to read AND take into account. LGBTQs of color need more than marriage equality.

Tony Perkins: Social Conservatives Are ‘Not Judgmental’ - And in other news, Elizabeth Taylor left me all of her diamonds in her will.

Lincy Pandithurai, Texas Nurse Practitioner Who Harassed Lesbian Veteran, Removed From Job - Sorry honey but you have to go. And I DARE anyone to defend what she did.

Posted by BlackTsunami at 8:58 AM 2 comments:

Viki Knox deserves to be fired 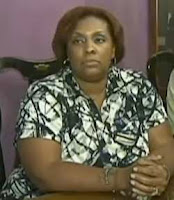 The American Family Association's One News Now is all upset over the fact that a New Jersey teacher may be fired for comments she made about a diversity display at her school.

Since this is an old story and I really haven't talked about it, allow me to give a short recap:

Last year, Knox posted comments on her public Facebook page criticizing a Lesbian Gay Bisexual Transgender History Month display at Union High School, her place of employment. She later went on to describe homosexuality as a "perverted spirit" and a "sin which breeds like cancer."

Her full comments are the following:

"Homosexuality is a perverted spirit that has existed from the beginning of creation. The word of God refers to it often. That's if you believe the Word to be truly God's intended blueprint for his people. I have friends and loved ones who are practicing/ living as homosexuals. Yes I love can care about them. We hug and exchange gifts. We have family dinners. But how they live and their actions, behaviors -CHOICES are against the nature and character of God! Do I tell me so? Yes, of course. Do I treat them bad? If course not! Jesus never did that to ANYONE he meant. He spoke to them of their situation and offered them life eternal. He didn't say it was okay but we've all sinned and come short if God's will for us daily. That's why we Christians true followers pray, repent, and spend time with Christ daily. The Word of God instructs us to die daily to our flesh-meaning our will. What we want; what feels good to us; what we like; what we can rationalize and justify. I do not pretend to know ALL things. Nor do I pretend not to have biases, failings and faults. But I know sin and it breeds like cancer!"

Naturally this caused a furor and the school district put her on paid leave. Now it looks like it is taking steps to dismiss her.

Now, as to be expected in this situation, those on the right are claiming that Knox is being silenced because she "merely" expressed a view about homosexuality.

Meanwhile, others have rallied to Knox's defense in the name of "free speech."

And both of these parties are full of it.

Let's be clear here. This is not a free speech issue. This is an issue about an employee who should have kept her mouth shut about situations regarding her job.  She made pointed comments about her place of employment in an inappropriate arena. If I was to spout off on Facebook about things regarding my place of employment, I would probably get fired.

And I would deserve it too.

That's the technical aspect of why Knox should stop whining about being a victim.  Let's address her comments.

Allegedly, she has a 20-year tenure as a teacher and one in special education at that. She should know the devastation of words on young minds, particularly nowadays with young impressionable lgbtqs.

Also, I am so tired of people saying that she merely "expressed a religious view."  What is with this attempt to disguise vulgar hatred as religious views?

Earlier this week, a pastor from a North Carolina church claimed that gay men have so much sex that they need surgery and diapers. No doubt if questioned on it, he would probably claim that he is being persecuted for supposedly expressing a mere religious view.

This idea that you can say any hateful and vindictive thing about gays and hide your nastiness behind the facade of supposedly expressing religious belief has got to stop.

If the display was about religion or another ethnic group and Knox made her vindictive comments, we would not be having this discussion.

And in this case, we shouldn't be having that discussion here. Whether some folks like it or not, homosexuality is not an abstract idea.. LGBTQs are real people who deserve the same amount of respect as any other group of people. When comments like Knox's are made, she is not talking about a theory or an hypothetical idea. She is slandering people.

Knox is not a victim. I prefer to think of the young lgbtqs - some who probably traveled through her classroom -  who heard her words as the potential victims here.

She is supposed to lead and guide them. How can she do such if she thinks of them as "cancers?"