This week, Franklin Graham, the son of legendary evangelist Billy Graham, made some controversially negative comments, particularly about the lgbt community.

And as it is when folks make controversially negative comments about lgbts, they are always quick to claim that they are merely following the Bible, even though said comments have nothing to do with what the Scriptures allegedly says about lgbts.

For a vast majority of folks - myself included - Graham crossed a huge line when he attacked same-sex families:

When it was pointed out that homosexual couples can adopt children, Graham responded: “They can recruit. You can adopt a child into a marriage, but you can also recruit children into your cause. I believe in protecting children from exploitation – all exploitations.”


He made these comments while praising Russia's anti-gay laws - laws which have caused persecution against the Russian lgbt community. Franklin claimed these laws protect children from "gay propaganda


Franklin Graham also addressed for the first time his latest venture into controversy: his praise of Russian President Vladimir Putin for his record on protecting children from gay “propaganda” – a record, Graham wrote in a March magazine article, that is better than Obama’s “shameful” embrace of gay rights.

However, don't tell any of this to the Family Research Council. In a recent posting, FRC praised Franklin for his comments about lgbts, while NOT not telling their readers about what he actually said:


On Tuesday, in an interview with the Charlotte Observer, Franklin explained that he owed his fighting spirit to his dad, Billy.

"You talk about controversy -- my father stood with Martin Luther King in the early 1960s. My father never worried about polls. I don't care about them, either. And with the issues we are facing today -- if my father were a younger man, he would be addressing and speaking out in the exact same way I'm speaking out on them." And that includes one of the biggest cultural flashpoints of our generation -- homosexuality. "I love people enough and care enough to warn them... that if they choose to continue to live in sin, God is going to judge them one day..."


FRC linked to the original interview, so surely it's not a mistake that the organization conveniently didn't go into detail about what Franklin said about same-sex families or his praise of laws which have made Russian lgbts feel like hunted animals in their own country.

I'm not surprised by FRC lack of candor in regards to Franklin's attack on same-sex families and his support of anti-lgbt persecution in Russia. When the Southern Poverty Law Center called out the organization for its constant pushing of false claims about the lgbt community, FRC whined and cried about being persecuted while cleverly dodging the specific issues which led SPLC to call them a hate group.

Tony Perkins, FRC's president, even claimed that SPLC was attacking them because of an anti-Christian bias. It's safe to say that the praise he and his group just heaped on Graham dispels that notion.

The Family Research Council is not a Christian group. I've never heard of any Christian group who praises someone for supporting persecution while going out of their way to erase any mention of the victims of that persecution from the conversation.

Tony and the rest of you lovely liars at the Family Research Council, allow me to let you in on something.

'No one, and I mean NO ONE is fooled. 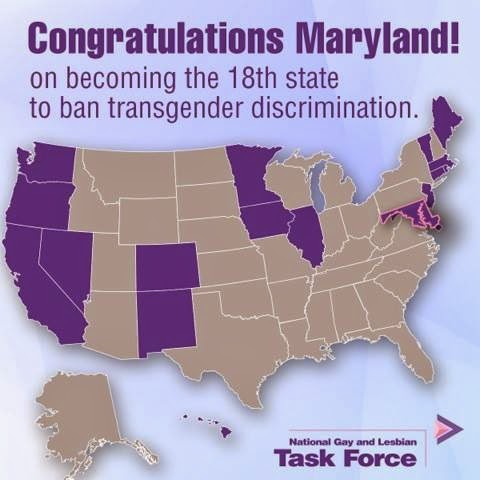 The Fairness for All Marylanders Act just passed in the House of Delegates by a vote of 82-57 and now heads to Governor O’Malley for his signature. This bill will add explicit protections on the basis of gender identity to Maryland’s non-discrimination laws, making Maryland the 18th state to have such protections, and leaving only three states in the country that have sexual orientation but not gender identity state-wide non-discrimination protections.


And Governor O'Malley WILL sign this bill.  Of course, the anti-gay right will start whining about "bathroom bills" and push lies about men invading women's locker rooms and restrooms in order to either "sneak a peek" or sexually harass. However, this is nothing but a lie. The following chart by Equality Matters (which I have been practically dying for an excuse to put up) puts those horror stories to rest: 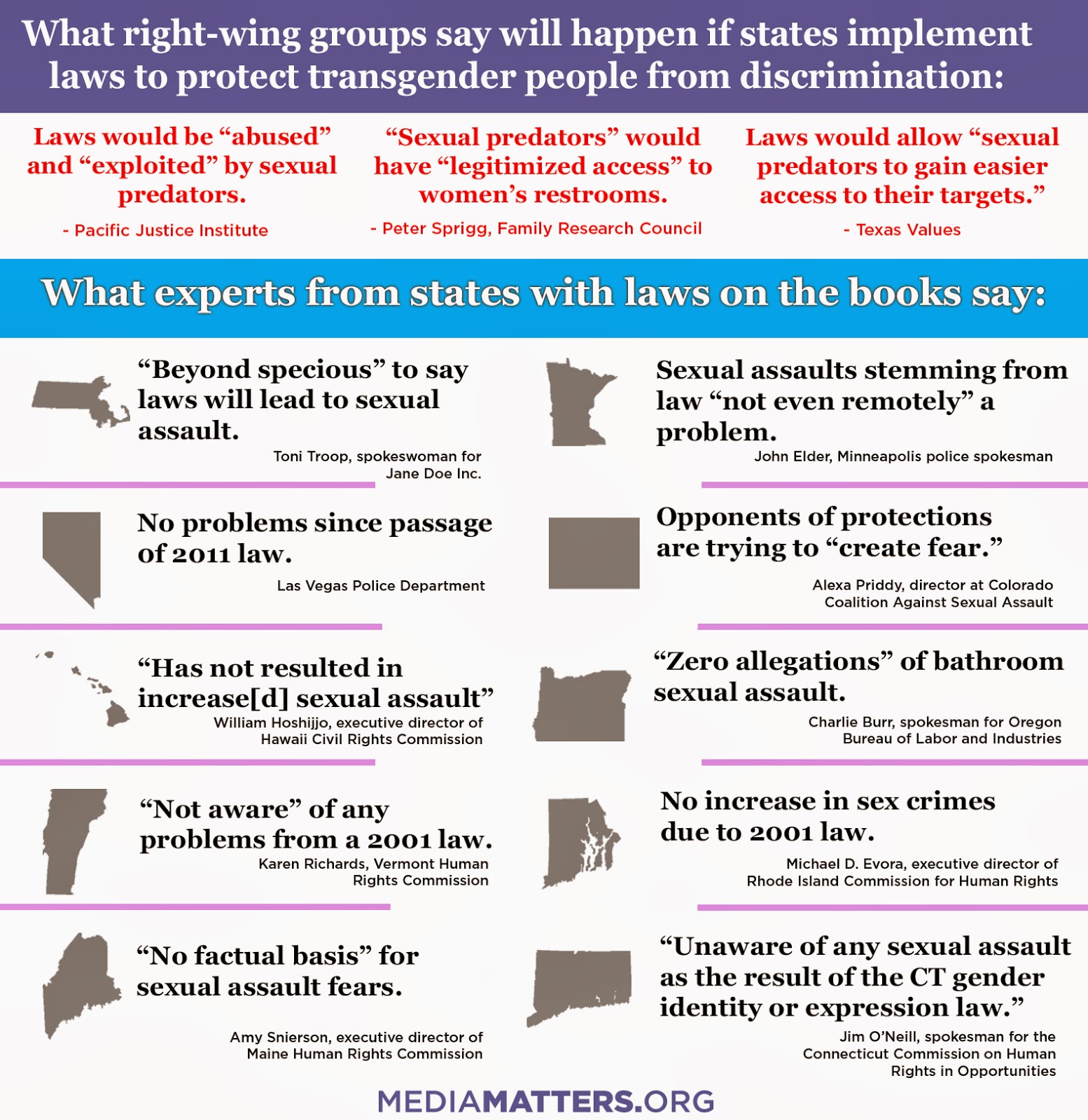 Posted by BlackTsunami at 3:05 PM No comments:

Liberty Counsel Defends Christian School's Right To Demand Tomboy Student Follow 'Biblical Standards' On Gender - A "Christian" school kicks out an eight-year-old girl because she is a "tomboy" and leave it to the Liberty Counsel to defend the school.

Is There Such Thing As Being Too Extreme For Breitbart? - You don't want ME to answer that question.

How The World Vision Flip-Flop Demonstrates Conservatives’ Commitment To Anti-Gay Discrimination - Ya think?
Posted by BlackTsunami at 9:03 AM No comments: