Our favorite homophobe, Matt Barber of the Liberty Counsel, is at it again. A week after being humiliated by yours truly for attacking a study with no proof that the study was false, Barber is today whining about bullies, making sure to use violent terminology. In this clip, he is talking about the so-called "secular left":

I'm not as concerned with Barber's violent imagery more than the fact that it's so unoriginal. He said pretty much the same thing in 2010 about the Southern Poverty Law Center:


Sometimes the most effective way to deal with a bully is to simply pop him in the chops. While it may not shut him up entirely, it usually gives him pause before he resumes flapping his toxic jaws. It also has the effect of showing the other kids in the schoolyard that they have nothing to fear. Though the bully struts about projecting the tough-guy image, he’s typically the most insecure pansy on the block.

And then there is the following he said about gay sexual intercourse:

There is nothing "conservative" about "one man violently cramming his penis into another man’s lower intestine and calling it 'love'";

Far be it from me to act as an armchair psychiatrist, but I feel comfortable in saying that Mr. Barber has issues.

Posted by BlackTsunami at 3:03 PM 4 comments: Links to this post

Religious Right Defends Criminalization of Homosexuality with Warnings of God's Judgment for 'Sexual Paganization'- Stuff like this is why gays get so angry. I mean putting people in jail for being gay? And Richard Land can't talk after the plagiarism scandal he just got caught in.

Don't get so angry that you don't study the words and the names of the people involved in this video monstrosity. You see some of these folks (particularly Michael Brown and Peter Sprigg) like to claim that gays are "intolerant" against Christians. When they push that line, I suggest that we throw this video up in their faces . . . every chance we get.

Catholic Priest Receives Standing Ovation For Shunning Anti-Marriage Equality Petition Drive - And he is one of six who will not team up with the madness in the preceding post.

Anti-Gay Extremists Teaming Up For Washington Marriage Fight - You should read the pedigrees of these folks. They are simply nuts!

Attacks on GLSEN's Day of Silence will fail 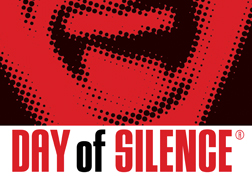 The religious right's attack on GLSEN's Day of Silence will fail as it always does.

And the following is the reason why:

Yesterday, I posted a clip from the right-wing Alliance Defense Fund advertising the anti-gay Day of Silence event, Day of Dialogue. Supposedly this Day of Dialogue encourages students to present opposition to the "Day of Silence" in a supposedly "lovingly Christian way."

The name of the event denotes discussion and dialogue. But those who push this event aren't necessarily interested in dialogue. They seem to be pushing the same rhetoric which makes the Day of Silence necessary:


Mat Staver of the Liberty Counsel: "This is not about tolerating any issue or person," he asserts. "It is about a radical and forced agenda of homosexuality that these [days] of silence are promoting, sponsored by the GLSEN organization -- and sometimes under pressure by the schools."

The American Family Association: The Day of Silence, which is sponsored by the Gay, Lesbian and Straight Education Network (GLSEN), fast approaches. This year it will take place in most public schools on April 20. On this day, thousands of public high schools and increasing numbers of middle schools will allow students to remain silent throughout an entire day-even during instructional time-to promote GLSEN's socio-political goals and its controversial, unproven, and destructive theories on the nature and morality of homosexuality.

Linda Harvey of Mission America: "The Day of Silence goal is not, as I am told frequently by outraged emails from misinformed students, to help end all bullying. The goal is to exploit the tender sympathies of kids to promote approval of homosexuality and gender confusion. The agenda is everything; Judeo-Christian morality is the enemy; and sadly, kids are the tools."

Jerry Newcombe of Truth In Action Ministries who comes with the most ludicrous reason to oppose Day of Silence:" It’s sad to see groups like GLSEN be accepted by the teacher's establishment and then allow the platform to go into the public schools and try and indoctrinate children. For example, they have something called the Day of Silence. Now they chose April 20 of all days to be the Day of Silence, I looked that up, I was like, ‘isn’t that Adolf Hitler’s birthday,’ I looked it up and sure enough it is Adolf Hitler’s birthday. I don’t think there’s a link there but how ironic. But they are using this day as a means by which to promote their lifestyle as if it is a positive thing."

It's important to bring those comments to the forefront so that you can further take into account that these supposed Christian individuals are making wild accusations against children who merely want create an understanding of what they go through every day in our nation's schools:

It leaves one to ask just who are the bullies and the indoctrinators?

Posted by BlackTsunami at 5:02 AM No comments: Links to this post