On Tuesday afternoon, anti-LGBTQ hate group the Family Research Council just proved that no matter how much power it gains because of the Trump Administration, it will continue to be a deceptive, small-minded organization which works to undermine the LGBTQ community through lies and distortions.

Yesterday, the Georgia state Senate passed a bill which will streamline its adoption process. According to media reports, the bill was held up because it included a provision which would allow adoption agencies to discriminate against same-sex couples on "religious grounds" while still receiving tax dollars.  That provision was taken out and GA governor Nathan Deal is expected to sign the bill.

And that is what Family Research Council president Tony Perkins was raging about Tuesday afternoon:

Governor Nathan Deal (R-Ga.) never met a religious freedom bill he liked -- and the state's newest adoption proposal isn't likely to change that. The Georgia Republican, who valiantly displayed all the traits of a coward on the issue a year and a half ago, is back at it, threatening the state's conscience protections for faith-based groups.

After demanding a "clean" adoption bill from lawmakers, the state's conservatives obliged -- but only until they could introduce a standalone proposal that would give adoption agencies the freedom to turn down prospective parents based on their lifestyle. "Some will believe in same-sex marriage, others don't, whether it's by faith or other reasons," the bill's sponsor, Republican State Senator William Ligon said. "As a pluralistic society, we need to figure out ways to accommodate that and not pressure one group to accept another group's version of marriage."

Even before the Obergefell ruling, adoption was an explosive issue in places like Chicago, Washington, D.C., and Massachusetts, who cut off government grants for organizations like Catholic Charities because they sought what the social science research made abundantly clear were the safest and most nurturing environment for kids. If Deal gets his way, it would be open season on groups who take the well-being of children into account in adoption placement.

This is how backwards we've become as a society. America's focus is no longer the well-being of children but on the "well-being" of a small but well organized political minority that uses Saul Alinsky tactics to force politicians into doing their illogical bidding. There's an abundance of social science data supporting the common-sense belief that children do best when raised by a married mother and father. In the largest peer-review study ever done on same-sex parenting, Dr. Mark Regnerus found that the emotional, financial, academic, and physical outcomes of kids raised in same-sex homes rated "suboptimal" or "negative" in almost every category. Because of that, there's every rational basis for agencies to prefer natural families over same-sex couples in adoption.
Why would anyone -- including Deal -- put the agencies that care about the social science out of business? Faith-based adoption agencies should never have to choose between their beliefs and helping people. That would be devastating – and not just for Georgia. Believe it or not, one of the biggest engines for adoption in America are private, social service agencies like Catholic Charities, who would sooner close its doors than compromise their biblical beliefs.

If Georgia accepts Deal's terms, faith-based groups would be driven out of the adoption business -- leaving children and prospective parents with even fewer options for building families. Adoption is not -- and should never be -- about adults. This is about giving children the best chance to succeed in life. It's a shame Nathan Deal refuses to.


In the above tantrum, Perkins spins two distortions. And I think he knows this because both have been cited before by Perkins and those who on his side of this issue.  And both have been refuted time and time again, including by me. Someone needs to inform Perkins and FRC that the repetition of a lie doesn't change said lie into truth.

First of all, let's be clear about what Perkins favors. He thinks that citing "religious beliefs" should be a useful way for adoption agencies to discriminate against same-sex couples while helping themselves to the tax money paid in part by those couples they are discriminating against.

Read more »
Posted by BlackTsunami at 4:18 PM No comments: 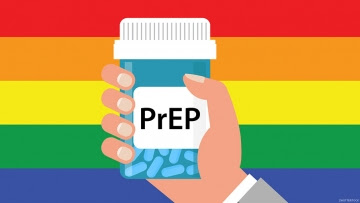 Following outcry, Publix announces it will begin covering HIV prevention medication - In spite of today's climate, we still win when we band together and raise necessary hell the right way.

Why Are Murders Of Gay And Bi Men Up A Staggering 400 Percent? - One guess why:

The great majority of these homicides, which include killers who lured their queer male victims using social media apps, weren’t committed by men involved with neo-Nazis or white supremacist groups. But those hate groups and their allies may feel emboldened by a president who talked about the neo-Nazi rally that took place in Charlottesville, Virginia, last year as having “very fine people” on “both sides.” And according to another ADL report, white supremacists hate groups are organizing on campuses, targeting college students. Those factors, in turn, have added to the culture of fear in which rising violence against LGBTQ individuals has taken place.


Be careful. People are being really stupid out there. Don't be lured. De-escalate the situation if you can, fight like hell with anything you can if you have to. No need to be polite.

Mat Staver: Labeling Liberty Counsel An Anti-Gay Hate Group Is Akin To What The Nazis Did To The Jews - I think it's safe to say "that's not how any of that works."

Transgender bathroom policy debate returns to S.D. Legislature - And we are here again.
Posted by BlackTsunami at 9:22 AM No comments: