Two groups stand against LGBTQ rights. One is dangerous and the other is simply gross

In terms of homophobic personalities and groups in American society, I've broken them down into two entities - One group is sly because they practice passive-aggressive tactics. The other group is simply gross because they attempt to make almost every LGBTQ debate one about gay sex.

1. The Dodgers - The Dodgers consist of groups like the Family Research Council, the American Family Association, people like Franklin Graham and Todd Starnes. The best way to describe them is to compare them to David Duke when he attempted to clean up his image by claiming to be "pro-white" rather than "anti-black."

In that same mind frame, the Dodgers claim that they aren't anti-gay, but are "pro-family." This is done so that they can appeal to so-called common Americans while publishing columns, giving interviews, or appearing on news programs. Their goal isn't to scare without saying the word "Boo!"

They generally attempt to make the narrative about how the Christian community is supposedly in danger because of the so-called "gay agenda." They use and distort anecdotes portraying people on their side with the highest degree of innocence. A woman who refuses to serve gays in her flower shop is made over into a "Christian grandmother being driven out of business by a homosexual couple who targeted her." A government employee who undermines a gay couple attempting to get their wedding license is transformed into "a Christian woman who is thrown in jail because she won't  compromise her faith."

The Dodgers never speak specifically about LGBTQs, unless they are trying to label us as angry and threatening. They categorize us as a nameless, faceless, raging horde. They never speak about gay children nor same-sex households. They never acknowledge us going through the day-by-day paces of life. And don't even talk about admitting that some of us are religious.  To them, it's all about erasing our humanity and putting us in opposition to people of faith. 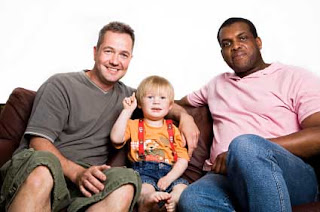 Two foster agencies in Philly won't place kids with LGBTQ people - I'm sorry but I have a serious problem with agencies getting LGBTQ tax money and having the ability to discriminate against gays. And this sort of things does a great harm to LGBTQ youth in foster care.

Last year, Bethany Christian Services was reimbursed $1.3 million for operating foster homes for 170 children, representing 1.5 percent of the department’s payments to foster care providers. Catholic Social Services was reimbursed $1.7 million in the same year for 266 children, representing 1.9 percent of the amount paid. Joe DiBenedetto, a spokesman for Bethany, said the organization places children with married couples made up of two parents of the opposite sex, or in some cases individuals. He said the organization does not believe it is in violation of any city ordinances. “This has been our practice throughout our nearly 75 years of operation and is based on our adherence to what we believe to be foundational Biblical principles,” he said. Ken Gavin, a spokesman for the Archdiocese of Philadelphia, said Catholic Social Services wasn’t aware of any recent inquiries from same-sex couples but confirmed that the organization would not work with interested LGBTQ people if approached.

Both organizations work with LGBTQ youth. That can send a mixed message to children and teens in their care, said Currey Cook, an attorney who heads Lambda Legal’s Youth in Out-of-home Care Project. “How do you pretend you can simultaneously say we serve all youth and do a good job serving all youth while at the same time you’re saying same-sex couples are not real parents, are not good parents?” Cook said. “LGBT youth who have faced so much isolation, stigma, prejudice in the system are left wondering, ‘What’s going to happen if I come out, and I’m being served by parents or an agency that basically says trans parents, LGBT people, aren’t good parents?'”

Retiring Texas Republicans blast anti-trans bill on their way out the door - Not that it matters because they are retiring. Meanwhile, the bill will be coming back in 2019.

Companies With LGBTQ-Inclusive Ads Can Increase Sales By 40%, And Here's Why - Pay attention folks. Inclusion sells.

Protests break out over judge who overturned charges for man who admitted pushing trans woman to death - You damn right! What the hell . . .