Know Your LGBT History - The Story of Miss Atlanta Lively

Professional wrestling has had a lot of strange storylines and angles, many of them covered here because of how they exploited or played off of the lgbt community.

However, probably the strangest and most violent had to be the story of Miss Atlanta Lively.

This is the story. The bad guys in this angle was manager Jim Cornette and his team, the Midnight Express (Loverboy Dennis and Beautiful Bobby): 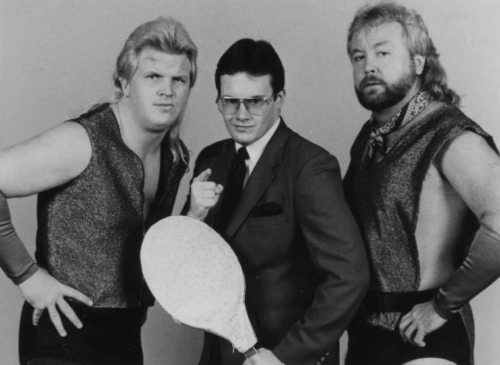 In 1985 in the Mid-Atlantic Wrestling Association, the three kept attacking the Boogie Woogie Man Jimmy Valiant and his girlfriend, Big Mama: 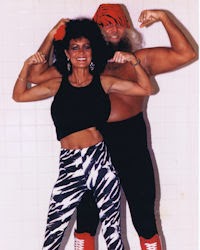 That is until a very mysterious woman, who never spoke a word came, in and knocked out members of the Midnight Express with one punch. Who was she? She was called Miss Atlanta Lively. This led to a trio of Valiant, Big Mama, and Miss Atlanta Lively vs. The Midnight Express in an Atlanta Street Fight at Starrcade 85: The Gathering. Two things you need to know about this match: It was not a comedy match and this was the old days of pro wrestling where they bled extensively. The match in question begins at 1:48:22

Of course you probably realized that although Miss Atlanta Lively didn't break character, she was a man. This man in fact - "Hands of Stone" Ronnie Garvin:


One Million Moms Reacts to the 12 Balls of Christmas - And the 2013 edition version of the ridiculous "War on Christmas" has an opening salvo as this useless religious right group complains about the above commercial. I personally fail to see what the problem is. And where was this group when the following commercial ran:

Come on. A white guy forced to show the size of his butt to his African-American boss. They could have blamed it on the election of President Obama. Megyn Kelly and Fox News would have.

Air Force Academy Defends Employment Of Ex-Gay Therapist - This ought to be an epic defense. At least it had better be.

Oklahoma Governor Mary Fallin Cuts Off All Spousal Guard Benefits In Stunning Display Of Childish Bigotry - I fail to see how being mean-spirited is a Christian value.

Comedy can sometimes be the best weapon against homophobia
Posted by BlackTsunami at 5:00 AM No comments: