From the department of "hell yeah, stick it to him" comes this good news:

University of Michigan student body president Chris Armstrong has filed a lawsuit against former Michigan Assistant Attorney General Andrew Shirvell, who was fired in November of last year for a series of blog posts that targeted Armstrong for being gay.

The suit was filed on Friday in Washtenaw County Circuit Court, and asks for more than $25,000 in damages for "defamation, intentional infliction of emotional distress, abuse of process, invasion of privacy, and stalking."

According to David Jesse of the Detroit Free-Press, Armstrong's attorney Deborah Gordon said of Shirvell: "At this point, it's not about the money. Mr. Shirvell has refused to retract any of his bizarre and untruthful points. We want to set the record straight."

Beginning last April, Shirvell began posting on his blog about Armstrong, describing him as "a radical homosexual activist" who wants "to promote a very deeply radical agenda at the University of Michigan." He also photoshopped a picture of Armstrong with the word "resign" over his face, alongside a rainbow flag with a swastika in the middle. Over the next few months, Shirvell continued reporting on Armstrong and his friends' Facebook activity, and showing up at school events, parties where Armstrong was present, and even outside of Armstrong's parents house with picket signs.

Shirvell was fired from the Attorney General's office in November.

NOM knocks pro-gay Facebook spoof; we see that indie effort and raise them their official one - The National Organization for Marriage caught being hypocritical Part 1.

Hypocrisy: NOM Outraged That Pro-Equality Groups Use Same Tactics They Do - The National Organization for Marriage caught being hypocritical Part 2.

Right-Wing Continues To Panic Over Repeal Of Don't Ask Don't Tell, Warns It Will "Destroy Our Military" - Give it up guys, you lost this one.

Attack on 2 at Swarthmore seen as gay-bashing - What the hell? 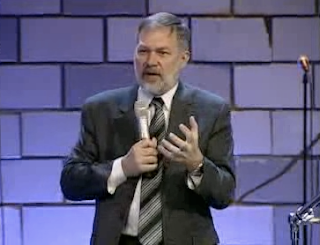 It is a well-known fact that homophobe Scott Lively's exploits in Uganda played a huge part in that country nearly passing that dreadful "kill the gays" bill.

Lively faced a lot of deservedly negative feedback because of his actions, especially in light of the fact that Ugandan gay activist David Kato was viciously murdered because of drama Lively helped to cause.

Lively even tried to downplay his homophobia and for a time was talking about "retirement."

However in a recent issue of the American Family Association's One News Now, Lively seems to have had a breakdown akin to that of Humphrey Bogart's character in The Caine Mutiny.

The only way to describe what you are about to read is that it's a free-flowing, existential rant from a man whose naked hatred of lgbts should make him pitied more than feared:

Lively says the goal of many homosexual activists is not only to gain a vote in favor of homosexuality, but to punish those who are in opposition.

"They're really the driving force behind all the different elements of what we call 'the culture war,'" he shares. "They haven't been visible in doing this, but they've been the driving force -- because their essential goal as a movement is the overthrow of the biblical model of family."

Lively explains that the city of San Francisco has a high concentration of homosexual power, and the city has taken direct action against the Catholic Church and against businesses that do not support homosexuality. He expects the same radical agendas to be prevalent throughout the state in the near future.

He points out that during the signature collection process for Proposition 8 -- a constitutional amendment defining marriage as the union of one man and one woman -- those who penned their support for the initiative were openly targeted. "They posted [the names of supporters] on the Internet," he exclaims. "They encouraged all their activists to go after those people -- and that's before they even have consolidated power entirely."

Supporters of Proposition 8 were criticized and labeled as hateful and discriminatory, and some employees were fired for supporting traditional marriage. The battle against homosexuality, Lively notes, is a politicized battle like no other.

I have a certain classification when it comes to homophobes I talk about.

Peter LaBarbera is fun to laugh at. Matt Barber is a useful idiot. Paul Cameron is stewing in a sauce of irrelevancy. Maggie Gallagher and Brian Brown are fishes who soon will be hooked by their own carelessness. Peter Sprigg and Tony Perkins are bumbling fools.

But when it comes to Scott Lively, I think of crosses, garlic, and holy water.