The gay community is fighting Godzilla with a slinky toy 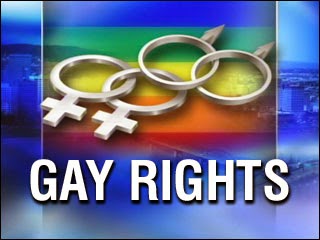 Wednesday night (or last night, depending on when you read this), I fell into an awful, soul-numbing depression.

Two very mild tranquilizers and a short nap later, I can finally articulate why. It's simple really.

The lgbt community is fighting Godzilla with a slinky toy.

I know I get either blissed out or whispered about due to what some may claim is my obsession with anti-gay propaganda, but my concerns about stories spread about the lgbt community by organizations such as the Family Research Council, the American Family Association or people like Bryan Fischer or Todd Starnes are sincere and should not be ignored.

Consider this: In over three decades, anti-gay groups have built a powerful apparatus of lies via junk science, horror anecdotes and cherry-picked science (mostly by the Centers of Disease Control) which have painted the lgbt community as diseased, overly aggressive zombies who want to destroy Christianity while recruiting children. They don't even have to create new stories. They can go back to that old framework continuously. It's like a virus which recreates itself every time its destroyed.

They have relied and continue to rely on the junk of discredited researchers (i.e. Paul Cameron) who claim, amongst other things, that gay men either wallow around in feces or stuff gerbils up their rectums.  On top of that, since 2012, there have been at least 12 incidents of legitimate researchers, physicians, or Ph.Ds who have complained publicly that their work has been either misconstrued or deliberately finagled the wrong way in by these anti-gay groups under the veneer of "religious liberty."

And how many of these offenses have made it to mainstream knowledge? How many of these actions by these groups who claim to be working for Christ have made it to news magazines, network news programs, or even mentions in places other than blogs like mine? Has there ever been any type of deconstruction of just how these groups operate when spinning these awful lies?  And this INCLUDES at places such as lgbt publications and news programs.

In comparison, Fox News's Todd Starnes, who has a known reputation for manufacturing panics about anti-Christian persecution, tells another one of his fibs and his junk gets featured more times than Meryl Streep receives Oscar nominations.

Tony Perkins and the Family Research Council get soft interviews with several news sources and they are building up a "library of information" even as we speak. And by all means, let's not forget Bryan Fischer of the American Family Association, i.e. he who links gays to Hitler. Congressional leaders flock to this man's radio show as if he is a kingmaker.

All of this allows them to define the argument.

Meanwhile, the intellectuals in our community go at each other's throats like Roman gladiators armed with the latest popular terms in "Queer Theology." If we aren't criticizing "mansplaining," we are raising hell over "slut shaming."  The TERFS and the cisgenders are fighting one another. Or are they on the same side. I don't know. I can't keep up.

At the bottom of this mess is the regular lgbt folks who want to be empowered by seeing someone in the media stick up for them, who want to learn how they can speak to their legislative leaders, who want to be educated about the the latest anti-gay lies and distortions but aren't getting the means to do any of this. Instead, they are reduced to voicing mindless vulgarities in the comment section of anti-gay articles or verbalizing their wishful thinking that the latest fool to spout homophobic trash in the name of God would one day be caught in a dirty bathroom with his pants down to his ankles and both of his hands (and mouth) full of things he is not supposed to be partaking of.

Lastly, don't get me started about celebrity-adoring in our community except for the fact that sometimes, I don't care to raise hell at a celebrity for putting his or her foot in their mouths.

And then there is our need to christen certain elements of our community as "Gay Inc."

This is not to say that the anger which goes with christening certain elements and groups as "Gay,Inc." isn't legitimate. But I'm really not impressed. In 2008 after the Prop 8 loss, a lot of us were saying "No More Mr. Nice Gay."  Then when we got mad at the Democratic National Committee, we proclaimed that the "Gay T.M. is closed." In the midst of all of those slogans, some nut decided to come up with the ultra ridiculous slogan that "Gay is the New Black."

But every now and then, we take a break from all of this to complain about how the media isn't giving us a fair shake or how the media is giving a platform to anti-gay groups. Why should the media care about our concerns in matters such as these when, except for those brief moments of griping, we don't seem to care ourselves to address these things on the level that we would address  irrelevant issues such as the relationship between Dustin Lance Black and Tom Dailey.

Maybe I'm rambling but here is where I stand. I'm a 43-year-old black man from Columbia, SC. I have no desire to move to what is considered as large gay metropolitan areas such as New York or California. I will not be driven from where I was born.  But I remember how hard it was coming out when I was bombarded by negative comments via radio, television, and news magazine articles about the evils of being a homosexual. I remember how it was to feel like I was alone even though I was in a large crowd simply because I was the only gay person there. Or worse yet, knowing that there was another gay person in the group and not being able to express a simple commonality for fear of being "discovered."

And a lot of this stemmed from the image created by what was put out there by these anti-gay groups and what they convinced others to believe.I won't forget those awful feelings nor will I blind myself to the knowledge that no matter how many court victories we win, how many pro-lgbt laws are passed, or how lgbt-positive television shows or celebrities are out there, there are still some of us who are falling victim to the same sadness I fell victim to.

If there is one thing which should convince us to combat anti-gay propaganda head-on, it should be that knowledge.

All I'm trying to say is our community needs to get a little more on the ball. That's not to say that we haven't made tremendous progress, because we have.

But we got some problems with focus. Maybe I'm wrong but I still stand by what I am going to say. There are many times in which we unnecessarily pussyfoot around and we seem to be deliberately underestimating the power of anti-gay groups. In doing so,  we allow them  to define us and the argument regarding lgbt equality. We seem to be constantly on the defensive and I don't understand why.

We aren't the liars. We aren't the ones who used discredited science. And we shouldn't be the ones to have to justify our existence.

I would like to see anti-gay groups be in the position to justify their actions for a change.  But this won't ever happen unless we take apart the lie that they are acting on their religious liberty.

A good army doesn't fight each other. They zero in on the enemy who is keeping them outside the gate. And right now, the lgbt community isn't acting like the good army we need to be.

Posted by BlackTsunami at 9:04 PM 4 comments:


So the American Family Association's Bryan Fischer wants to talk about "criminalizing homosexuality" again. Fischer is beginning to remind me of the villain Gargamel from The Smurfs television show. He constantly claims that he wants to see lgbts imprisoned and the like but you know he secretly doesn't. Who would he have left to kick around?

Globalization of American homo-hostility continues: MassResistance's propaganda enters Hong Kong, Finland, more - Even though I am fully aware of the anti-gay group Mass Resistance's penchant for self-aggrandizement and exaggeration, even the thought that their propaganda could be moving to foreign countries like Hong Kong and Finland is cause for alarm.

Democrats Walk Out Of Hearing On Resolution To Impeach Pennsylvania Attorney General - Apparently Pennsylvania Republicans want to impeach the state's attorney general for refusing to defend the state's law against marriage equality in court. I agree with her decision. Why should she waste tax dollars?

Gay American Filmmaker Goes Undercover To Document Launch Of Ugandan War On Gays - The filmmaker gets huge points for courage on this one.

LGBT Fallen Heroes Memorial Service To Be Held In Washington DC - No one should be against this.
Posted by BlackTsunami at 8:57 AM No comments: