To those doubt that some on the right send too much time obsessing over the gay community, check out this photo: 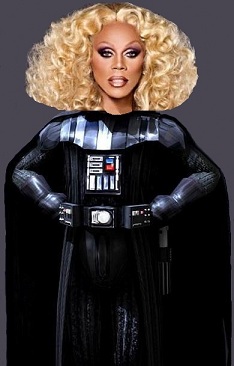 Your eyes aren't deceiving you. According to The Florida Family Association:


Will the makers of
Star Wars video games
create Darth VaPaula,
a (mock) transgender version
of Darth Vader - RuPaul,
for kids to choose
as their action player?


These LGBT demands on Star Wars game maker must be opposed. Please forward this article to friends.

LGBT (Lesbian, Gay, Bisexual, Transgender) activists are demanding that the makers of Star Wars video games add LGBT characters for kids to select as their action figure when playing the games.   Previous email alerts with more information on this issue are posted below.
These LGBT activists want children and young teens to be able to choose Star Wars action characters who are lesbian, gay, bisexual and transgender.  This would mean:
•    Children and teens, who never thought anyway but heterosexual, are now given a choice to be lesbian, gay, bisexual or transgender in their game player.
•    Children and teens, who choose non-social agenda characters, would be forced to deal with lesbian, gay, bi-sexual or transgender characters chosen by other players.

Should BioWare bow to the demands of these LGBT activists by adding such action characters to Star Wars video games they certainly would not create game rules that would allow regular players to prohibit entry into their games by these social agenda characters.  That would be discrimination (sarcasm.)

There were no LGBT (Lesbian, Gay, Bisexual, Transgender) characters in any of the Star Wars movies.  So if BioWare, the maker of Star Wars video games, adds LGBT characters for kids to select as their action figure it could be something like Darth RuPaula, a combination of Darth Vader, one of the most popular Star Wars characters, and RuPaul, the renown transgender cross dresser.
Florida Family Association has prepared an email for you to send that urges officials at BioWare’s parent company Electronic Arts and Lucas Films to stop any additions of LGBT content to Star Wars video games.

To send your email, please click the following link, enter your name and email address then click the "Send Your Message" button.  Because opponents try to use our email system to send opposing messages we NO longer allow for changes in the wording of the subject line or message of the email prepared for you to send to advertisers.

According to Right Wing Watch, the Florida Family Association's claim is not an anomaly:

Religious Right groups have lately set their sights on attacking the game Star Wars: The Old Republic, which allows players to have their characters join same-sex relationships. The Family Research Council has blasted BioWare, the game’s creator, for crossing over “to the dark side” and the American Decency Association accused BioWare of pandering to “homosexual extremists.”

It's time like this when I become sacreiligous and seriously wonder just what IS Jesus saying about these folks performing all of these strange acts in his name.

Posted by BlackTsunami at 3:25 PM 9 comments:

Catholic.org latest to brand GLAAD with 'censorship' claims; latest to show pressing need for OwnWordsAphobia cure - Awww poor homophobes. They are no longer applauded for their nasty comments about the lgbtq community. Specifically the nonsensical whine zeroes in on two members named on GLAAD's list - Robert George and Chuck Colson. 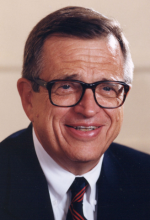 Colson has said the following:

- When the APA passed a resolution declaring so-called “ex-gay” treatment unethical, said: "If any of this reminds you of the tactics of Nazi Germany, it ought to. In Hitler's Germany the term for what the [American Psychological Association] is doing was Gleichgeschaltung, which means ‘forced conformity.’ If you didn't conform to the government’s point of view, you risked losing your job. That is what's happening in the world of psychology today.”

- Said being gay is a health risk more dangerous than smoking: "But homosexual behavior is also hazardous to your health. More dangerous than smoking, it lowers the life expectancy dramatically. And yet we celebrate it -- all part of so-called diversity. And now activists want to legalize same-sex ‘marriage,’ which is sanctioning behavior known to be dangerous. Many of the same people who are the most vigorous in the campaign against smoking are celebrating homosexual practices...The fact is that when we label such a relationship a ‘marriage,’ we're giving state sanction to something that is devastating to health. To ask the government to crack down on smoking and at the same time promote homosexual behavior is lunacy. Both practices damage people's health, although there is an important difference: Homosexual practices shorten a person's life expectancy far more than smoking.  Of course, the hazard is also to the nation's health."  (*The researchers behind Colson's findings, conducted at the height of the AIDS crisis, have condemned the way folks like Chuck have twisted their work)

- Compared being gay to jumping off a 10-story building: "It’s the reason sane people don’t jump off a 10-story building. They realize that doing so would be to ignore the law of gravity and risk catastrophe. Well, in the very same way, when we violate the moral laws of the universe, we are in for a world of hurt."

- On allowing gay people to serve openly in the military: "If we throw sexual lust—or eros—into the mix, we will destroy unit cohesion. The consequence will be that men will die. All for politically correct posturing that has nothing to do with winning wars.” 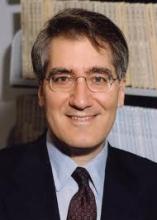 - Described being gay as “beneath the dignity of human beings as free and rational creatures.”

- Argued that gay relationships have “no intelligible basis in them for the norms of monogamy, exclusivity, and the pledge of permanence.”

- Suggested that New York Governor Andrew Cuomo shouldn’t be considered a Catholic because by signing marriage equality into law, "he has made it clear that he simply does not believe what Catholicism teaches about sexual morality and marriage."

- Said marriage equality is “about sex,” not about love, commitment, and responsibility.

- Sits on the Board of an organization that supports and funds anti-Islam extremists.

- Drafted the Manhattan Declaration, a manifesto signed by Orthodox, Catholic and Evangelical leaders that "promised resistance to the point of civil disobedience against any legislation that might implicate their churches or charities in abortion, embryo-destructive research or same-sex marriage.”

Instead of whining about being blacklisted, these so-called Christians need to own these alliances and statements. That is unless they know that such statements and alliances fall beneath the role of being a good Christian.

Add @CatholicLeague to list of fallacious #glaadcap respondents - And while we are on the subject, here is another whiner.

Parents Say AZ Principal Fired For Being Gay - If this true, it's a travesty.

Kirk Cameron Defends Comments Against Homosexuality - Now he is backtracking a bit. We get it, Kirk! You have a movie to promote. Might I suggest stripping. At least while you are talking, folks will have something to pay attention to.

In the fight of marriage equality, a lot of the talk seems to be centered at New Hampshire and a strange reversal by the National Organization for Marriage:

The National Organization for Marriage (NOM) is the leading group fighting the legalization of same-sex marriage around the country. It has raised and spent millions, opposing not only marriage equality but also civil unions.

Yet NOM is now backing legislation in New Hampshire that would repeal same-sex marriage but legalize civil unions, signaling a shift in its tactics as more states move toward recognizing marriage equality.

The New Hampshire House is expected to vote Wednesday on a bill that would repeal marriage equality and replace it with a civil unions law that was in effect in the state in 2008 and 2009. Same-sex marriage was legalized in the state on Jan. 1, 2010.

State Rep. David Bates (R-Windham), the author of the bill, is also pushing for a ballot referendum in November asking voters, "Shall New Hampshire law allow civil unions for same-sex couples and define marriage as the union of one man and one woman?"

The referendum, however, would be non-binding so if voters opted to keep same-sex marriage, the state wouldn't necessarily have to listen. Repeal would still take effect on March 31, 2013, if Bates' bill passes.

The article also points out the several instances in which NOM has opposed civil unions:

In the past, NOM has come out strongly against civil unions. Last year, it called the potential of civil-union legalization in Illinois a "direct threat" to marriage.

After Rhode Island legalized civil unions for same-sex couples last year, Christopher Plante, executive director of the Rhode Island chapter of NOM, said it was a "disappointing and dangerous day."

It would be nice to claim that NOM is tacitly announcing that it recognizes the inevitability of laws which would protect gay and lesbian relationships and grant them "the same rights as married couples," but like the title of my post says, I smell a rat.

NOM has invested too much time, money, and venom in this fight to suddenly wave some type of white flag.

I don't trust NOM and I don't think that it is farfetched to ponder if whether or not this is a part of a larger strategy which would leave gay couples without marriage rights and civil unions.

To put it more succinctly, it would behoove the lgbtq community to do as actor and comedian Mel Brooks says at .11 seconds of the following clip:

Posted by BlackTsunami at 4:53 AM 3 comments: