All of you folks who were as deep into the marriage equality fight as much as I was, do you remember the controversial "Gathering Storm" ad which officially brought the National Organization for Marriage and the group's fight against marriage equality into the nation's view:

It's hard to believe that it's been eight years since the ad premiered. But is it wonderful to watch it again knowing that NOM and its fight to keep marriage from us failed miserably.
Posted by BlackTsunami at 4:21 PM No comments: 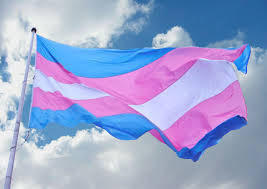 A School District Will Pay A Transgender Student $800,000 To Settle A Discrimination Lawsuit - And a Wisconsin school district is the latest to learn the lesson of what it costs when you don't treat our transgender children fairly. And I tremendously approve.

This court just issued a sweeping LGBTQ victory for the Western Hemisphere - Just like that, marriage equality will expand across Central and South America.

Take Five Minutes To Look At The Happy Same-Sex Couples Who Got Married Today - Speaking of marriage equality, it is officially legal in Australia and these just-married couples are all for it.

India’s Gay Prince Opens His Palace To Vulnerable LGBTQ People - THIS is pretty damn awesome.
Posted by BlackTsunami at 9:21 AM No comments: