Editor's note - I'm deliberately keeping this as the top post so more folks can read it. That's how important I feel that it is. It would seem that after Houston, the anti-gay right has turned on a new target in demonizing the transgender community - transgender children.

With just 14 words, the American Family Association epitomizes how the anti-gay right creates fear about the transgender community.

I received the following as an email: 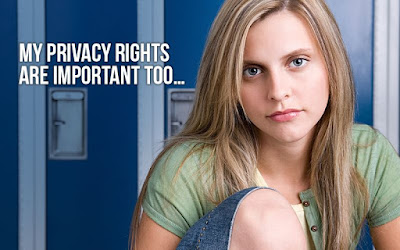 The Office for Civil Rights in President Barack Obama's Department of Education (DOE) has determined that a Chicago area high school must leave the choice to openly use the girls' locker room up to a 15 year-old student who has male genitalia, but self-identifies as a girl. Full story here.

Under Title IX, the law prohibiting sex-based discrimination, the DOE civil rights division has threatened to cut funding to Township High School District 211 if it doesn't allow the boy to use the girls' locker room. Here is a statement from a spokesperson at the DOE: "Unfortunately, Township High School District 211 is not following the law because the district continues to deny a female student the right to use the girls' locker room." What they aren't mentioning is that the "female" student they are referencing is actually a boy or "transgender" in their terms.

Isn't this twisted? The federal government is micromanaging local school district policies in Chicago to allow this boy to dress with girls. This is a prime example of Washington bureaucrats imposing their liberal policies on small town schools.

The entire transgender idea is focused on sexual anarchy. Natural man and woman biology is ignored and people are told they can be whatever gender they "desire" on any particular day.

It is time Obama's liberal minions at the DOE get the gist that they ought to follow common sense instead of put our children at risk.

The AFA version of this story is nothing but a thin tissue of lies. I covered the story of this transgender girl in an earlier post.In the above email, AFA links to  right-wing news source (The Daily Signal), but according to a more credible source,  U.S. News and World Reports, there are a few important facts that AFA omitted:

The transgender student has not been identified and wants to remain anonymous, according to the American Civil Liberties Union of Illinois, which helped the girl's parents file a complaint more than two years ago. She has been living as a girl since middle school, has changed her legal name, obtained a passport as a female, received a diagnosis of gender dysphoria and is taking female hormones, according to the Department of Education's summary of its investigation. . . . The school district has allowed the student to use girls' restrooms and participate in girls' athletics. She is identified as a female in the district's computer system.

This is a child with a medical issue. It has nothing to do with sexual anarchy. However anyone reading AFA's trash wouldn't know it, particularly because of 14 words:

. . .people are told they can be whatever gender they "desire" on any particular day.

Why are those 14 words so important? Because with those words, anti-gay groups trivialize real problems that the  transgender community have to deal with and simultaneously conjure up false images of men and boys flippantly declaring they are women just to get close to women and girls in vulnerable settings.  And the sad thing is unfortunately how easy it is to repeat those 14 words to scare people rather than to encourage education about the reality of being transgender in America.

Just like people don't wake up and flippantly decide to be gay, lesbian, or bisexual, no one realizes that they are transgender on a whim or to run a con.
It's the same mess Mike Huckabee conjured up earlier this year when he made a tacky joke about "pretending" to be transgender so he could shower with the girls in gym class.

Huckabee's image is the one the anti-gay right wants burned in people minds when debates about transgender issues come up. But that's NOT the real situation.

The actual situation lies in that paragraph from U.S. News and World Reports article, i.e. a transgender child simply wanting to be comfortable as her natural self because she is the reality which millions of transgender men and women face on a daily basis.  Even the child in the picture above used by the AFA is more likely to be transgender than to be targeted by supposed "perverts pretending to be transgender."

An irony, no doubt, missed by the AFA.

Posted by BlackTsunami at 3:36 PM 2 comments:

Maddow Calls Out GOPers For 'Kill-The-Gays Rally' Appearance - It's about time SOMEONE did. This is why it is so important that lgbts have a stake in everything, including the media.


50 Cent, Vivica A. Fox And The Absurdity Of Hip-Hop Homophobia - THIS mess right here is why it's so difficult for lgbts of color to come out. We are nothing but a sideshow to some of our heterosexual African-American brothers and sisters.

The Devious New Conservative Plan To Turn LGBT People Against Each Other - Just in case you haven't seen this, you need to.

New Film Examines the Horror of Being Gay, Old, and Forgotten - Which is an issue WE ALL need to think about.

Tony Perkins: America About To Hit The Gay Iceberg - I KNEW Tony Perkins was a "freak." The question is will gays just put the "tip" in like the Titanic.
Posted by BlackTsunami at 9:01 AM No comments:

Senator Marco Rubio once whined that " if you do not support same-sex marriage you are labeled a homophobe and a hater." I wonder if he would play the victim if folks reminded him of the past words of his new hire; his director of faith outreach for his presidential campaign, Eric Teetsel: 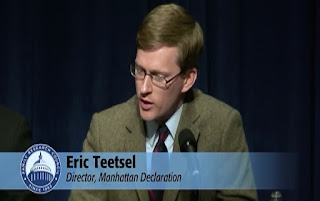 "In  Obergefell, the highest court in the land has done more than merely allow for citizens to do wrong; it has bestowed its imprimatur to homosexuality as both an identity and a way of life,"  (Eric) Teetsel blogged in First Things. "A significant cultural impediment has been removed, and so sin will spread. This is regrettable because sin, of course, leads to suffering. As our LGBT neighbors continue to experience the ravages of their sin, will anyone be there to explain to them its cause?" Teetsel added: "This is the job of a Christian. Like Christ, we are to meet others in the midst of their pain in order to point them toward the better way on the narrow road."

According to the Huffington Post, who broke the news, comments from Rubio's campaign spokesman have yet to be returned.
Posted by BlackTsunami at 4:57 AM No comments: