Antigay Rep. Chris Lee Resigns- Guess who caught being naaaasty? This is going to be THE hot story for a while.

Guess Who's Coming to CPAC? - This CPAC battle  between Republican gays and the religious right is so much fun to watch.


Norquist: CPAC Boycotters Just a Bunch of "Loser Organizations" Looking For Some Press


Video: It's my party and I'll define conservatism how I want to

Posted by BlackTsunami at 3:28 PM No comments: Links to this post 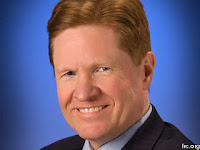 According to the Southern Poverty Law Center, the Family Research Council should be considered  an anti-gay hate group because it passes along and repeats propaganda and falsehoods that have been refuted by legitimate science.

Now the Family Research Council claims that they are being attacked for espousing  "mere" Christian opposition to homosexuality and marriage equality.

It seems to me that if the organization wants to continue that line, then someone needs to put a kibosh on the work of FRC member Peter Sprigg.

Sprigg, who has said that gays and lesbians should be deported and  that "homosexual behavior" should be criminalized, is also known for his "reports" and "studies" about the supposed dangers of homosexuality.

However on more than one occasion, it has been pointed out that Sprigg distorts legitimate work and relies on out-and-out lies to further  his theories.

In two reports he authored - The Top Ten Myths About Homosexuality and Getting it Straight - it has been pointed out that (amongst other things) that Sprigg distorted credible research to make his point. It's obvious to Sprigg that complaints by doctors and researchers as to how their work is being distorted is a minor thing that should be ignored.

Specifically in Top Ten Myths, Sprigg cites legitimate research in order to demonize lgbts, but makes it a point to omit the part of said research which refutes his general argument about homosexuality being a "dangerous lifestyle."

He outdoes himself in his new paper, The Top Ten Harms of Same Sex Marriage. Sprigg fills this pamphlet with information and extensive footnotes. However, based on his past tendency to play loose with facts, one has to doubt the credibility of this pamphlet.

Amongst the errors, Sprigg:

Read more »
Posted by BlackTsunami at 9:36 AM 3 comments: Links to this post 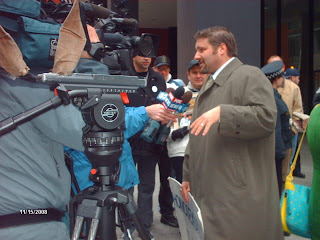 Some members of the religious right are slowly firing back against the plain truth that the rhetoric they espouse led the murder of Ugandan lgbt activist David Kato:

A litigation organization dedicated to advancing the family says claims that conservatives and Christians are to blame for the death of a homosexual activist in Uganda are false.

Liberals and homosexuals are speaking out in response to Ugandan police reports about homosexual activist David Kato being bludgeoned to death at his home in a country where government leaders have called for the death penalty against homosexuals. According to Matt Barber, director of cultural affairs for Liberty Counsel, the news fits a pattern.

"Somewhere in the world, violence occurs, [and] liberals rush to blame conservative and Christians' -- quote -- 'incendiary rhetoric' for the violence," he reports. "And then later, that rhetoric is proven to be irrelevant, and the left ends up kind of playing the fool with egg all over their face."

He says that is the case in Uganda, where police have arrested a man who lived with Kato and has confessed to murdering him for not paying for sexual favors. So Barber decides the narrative that hate and anti-homosexual rhetoric were somehow responsible for the cruel murder has crumbled around liberals.


Is it just me or is Barber's manner hateful and totally insensitive. And not to mention less than truthful.

Uganda has a history of persecuting lgbts. So why should we believe officials from the country when they claim that the brutal murder of one of these lgbts - who just happened to be speaking out against said persecution - was the possible result of a "lover's quarrel."

Kato had just won a huge judgment against a Ugandan tabloid which put his picture - and that of several other Ugandan lgbts -  on its cover, telling readers to kill them,

Due to the homophobic climate, Kato expressed serious fears for his life,

President Obama and Secretary of State Hilary Clinton spoke out against Kato's murder and the climate which caused it, and

Lastly, please note the basic dishonesty with Barber's claim. He makes it seem that us "liberals," without provocation, began blaming those on his side of the spectrum for Kato's murder. Where in the hell was Barber the past year and a half  when so-called conservative Christians like Scott Lively went to Uganda and dropped that  self-described "nuclear bomb" against gay rights?

But of course this is Matt Barber, a man who can probably give the nation of Uganda a run for its money in the homophobia department. He is, after all, a man  who not only defends countries which persecute lgbts, describes gay relationships as “one man violently cramming his penis into another man’s lower intestine and calling it ‘love," but also makes it a point to encourage people to focus more on the “ick factor” of gay sex.

But in talking about Kato's murder, Barber takes his homophobia up a notch.

He is clearly practising the kind of Christianity which allowed for whites to look away while other whites were pulling black men out of their homes and lynching them in the South.

It's sad that someone actually puts this man up as the best Christianity has to offer.

Posted by BlackTsunami at 5:26 AM 3 comments: Links to this post