This was just brought to my attention and you bet your sweet bippies that I am going to push it.

It seems that Liberty University's Mat Staver's recent testimony in front of a Congressional committee has become more than he bargained for.  The online publication Raw Story is now asking did he tell the committee a lie:

At a hearing of the House Judiciary Committee on Tuesday, the head of a conservative legal group may have misled the committee when he said that he does not support the implementation of Russian-style antigay laws in the United States.

On Tuesday, the Subcommittee on the Constitution and Civil Justice held a hearing on “The State of Religious Liberty in the United States” to study the rise of “religious freedom” laws in some U.S. states, under which people of faith cannot be compelled to perform their jobs or provide goods and services if to do so would conflict with their personal beliefs.

. . .  Rep. Steve Cohen (D-TN) asked Mat Staver of the Liberty Counsel, “There are certain antigay laws they have in Russia. You, I believe, have advocated for something similar to that, have you not? Do you support the Russian antigay laws?”

Staver replied, ”What I am concerned about is having people of Christian, uh, Judeo-Christian beliefs be forced to participate in a ceremony or an event that celebrates something that is contrary to their religious beliefs.”


Read more »
Posted by BlackTsunami at 3:50 PM No comments:

Thank you Anti-Defamation League and Abraham Foxman for doing what should be done on more occasions - calling out Tony Perkins and the Family Research Council for their odious comparisons of gays to Nazis.

On June 6, Perkins blasted a Colorado Civil Rights Commission ruling finding that a baker had violated the state's anti-discrimination law by refusing to bake a cake for a gay couple,  asking on his radio program Washington Watch,  "I'm beginning to think, are re-education camps next? When are they going to start rolling out the boxcars to start hauling off Christians?" Perkins' remarks echoed his statement in April that the LGBT movement "reminds me of Nazi Germany."


Tony Perkins' invocation of the Holocaust in his statement referring to a judge's finding that a baker unlawfully discriminated against gay customers is offensive and inappropriate.

There is no comparison between contemporary American political issues and the actions of Hitler's regime during the Holocaust. Such inappropriate analogies only serve to trivialize the Holocaust and are deeply offensive to Jews and other survivors, as well as those Americans who fought valiantly against the Nazis in World War II. We urge Perkins to apologize and to refrain from using Holocaust imagery to make his point.


Don't count on Perkins to apologize. In his version of the Bible, humility and the admittance of wrongdoing have probably been crossed out. No matter. Tune in to this blog tomorrow morning because I'm working on something special with regards to Perkins, the religious right, and their love of comparing lgbts to Nazis.

House Committee Invites Witness To Go On Anti-Gay Rant, Because Religious Freedom - The Huffington Post invites more scrutiny on Liberty University's Mat Staver's ridiculous testimony on 'religious liberty.' You know it used to be that anti-gay talking heads would get away with spouting distortions in front of Congress. Not anymore. But here is the sad thing. Will the lgbt community stop fighting itself to take advantage of this or will it be up to the bloggers (again) to raise awareness and sound the call?

Beck: "Thought Police" Prevent Me From Saying 'Fag The New Nigger' - Oh my heart bleeds for that phony.

To say the National Organization for Marriage isn't happy that marriage equality has come to Wisconsin is an understatement. From its president, Brian Brown: 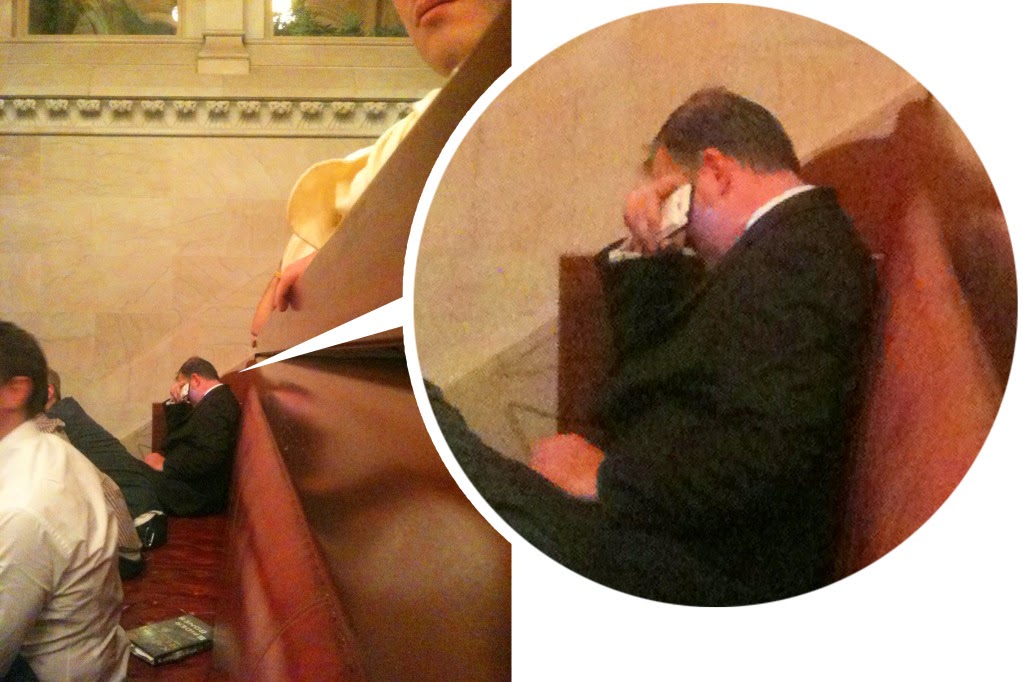 "Again, an individual, activist judge is legislating from the bench and trampling on the sovereign will of the people of Wisconsin.This has got to stop, and the only way it will is for the U.S. Supreme Court to step in and protect the democratic process and the rights of the tens of millions of voters who have declared that they want their state's social policy to define marriage as it has been known for millennia — the union of one man and one woman."


Oh stop whining, Brian. It's not anyone's fault that the horror stories and fake homilies you all used to pass these laws can't stand up in a court of law.
Posted by BlackTsunami at 4:59 AM 2 comments: