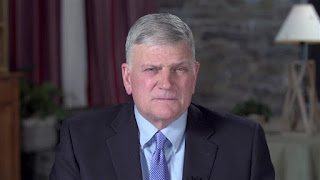 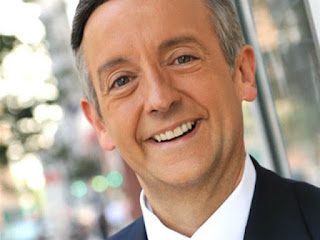 The House of Representatives just voted 240-187 to condemn Trump's racist attacks on four of its members. Only four Republicans joined the Democrats in that vote.

Meanwhile, conservative evangelicals have been mostly silent throughout the entire thing. Franklin Graham, who seems to be never at a loss for words when tweeting attacks on the LGBTQ community, has been especially evasive.

And don't think that it hasn't been noticed. John Fea, religious author and professor of American history at Messiah College, posted about this on Tuesday:

Trump is simply calling upon an old tradition in American history. Sadly, we have been telling people to “go back to your country” since the birth of the republic. None of this is new. Trump appeals to the darkest parts of our past. This is what demagogues do. Today he refused to rescind his comments because apparently a lot of people like them.

But America has always had its better angels. We have always had men and women who have tried to consistently apply our country’s ideals to matters of race, immigration, and injustice. Robert Jeffress, Franklin Graham, Jerry Falwell Jr. Jack Graham, Tony Perkins, Paula White, Ralph Reed, Gary Bauer, David Barton, Jim Bakker, Lance Wallnau, Steven Strang and the rest of the court evangelicals do not fall into this category.

Sadly, the court evangelicals have chosen to side with darkness over light. They are sycophants, incapable of speaking truth to power because they have made a deal with the devil (who apparently has come in the guise of a new King Cyrus). They have enabled Donald Trump. The silence speaks volumes.


The entire piece is short but on point and deserves your full attention.