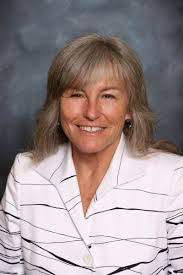 The minute President-Elect Joe Biden announced that he will nominate Pete Buttigieg as Secretary of Transportation, my mind went back to 1993.

At the time, President Bill Clinton had nominated Roberta Achtenberg to be the Assistant Secretary of the U.S. Department of Housing and Urban Development. She was approved, becoming the the first openly lesbian or gay public official in the United States whose appointment to a federal position was confirmed by the United States Senate. But that's not to say the debate over her nomination wasn't controversial and contentious, thanks mostly to the late North Carolina senator, Jesse Helms.

Helms is legendary in the annals of Congress and the state of North Carolina. Granted, some folks may disagree with my next statement, but allow me to break down who and what Jesse Helms was.

Jesse Helms was a racist son of bitch, a total bastard, and an all-around living embodiment of foul-smelling cyst who exploited religion to justify the most hateful comments which spewed out of his mouth like sewage encrusted water.

And (surprise, surprise) he especially despised the LGBTQ community.  In the case of Achtenberg, he went above and beyond the call of duty to smear her on the Senate floor. Why? Because she was - and still is - a lesbian. But not just any lesbian.

To Helms, she was a "damn lesbian."

According to the May 7, 1993 edition of The Washington Post:

Sen. Jesse Helms (R-N.C.) said he will oppose the nomination of San Francisco gay rights activist Roberta Achtenberg to be assistant secretary for fair housing at the Department of Housing and Urban Development "because she's a damn lesbian. I'm not going to put a lesbian in a position like that. If you want to call me a bigot, fine," Helms told the Washington Times. When queried yesterday by The Washington Post, Helms said, "I'm not going to dispute it {the Times account}, but I was interviewed . . . on the run. It's not just that she's a lesbian, she's a militant activist lesbian whose entire career has been devoted to advancing their political agenda. . . . She introduced her lover . . . at the beginning of the hearing." The nomination of Achtenberg, a San Francisco city supervisor, was approved Wednesday by the Senate Banking, Housing and Urban Affairs Committee 14 to 4. Senate conservatives are threatening to fight further to block the nomination, but the White House remains confident Achtenberg will be confirmed.

The transcript from the debate regarding Achtenberg is a nightmare to read even now, with Helms leading the charge of GOP senators against her, while Democratic senators cried foul at the shots against her sexual orientation:

″We are crossing the threshold into the first time in the history of America that a homosexual, a lesbian, has been nominated by a president of the United States for a top job in the U.S. government. ... She has been a militant activist ... She is pushy, demeaning, demanding; she is a mean person, mean-spirited.″ Sen. Jesse Helms, R-N.C.
"She is not pushy and she is not demeaning and she is not demanding and she is not mean... and I am sure that the senator from North Carolina himself might be surprised at how many people think he is mean.″ Sen. Barbara Boxer, D-Calif.
″Her record is one of intolerance, discrimination and vendetta against those who do not share her values and beliefs. ... She has used her public and private position to punish, extort, and wage economic war.″ Sen. Trent Lott, R-Miss.
″In the twisted value system of Roberta Achtenberg, the Boy Scout tradition is a menace to society that needs to be quashed, and the sex club tradition is one which is beneficial and deserving of our protection and encouragement. I couldn’t disagree with this more.″ Sen. Bob Smith, R-N.H.
″This is not a vote on whether a senator accepts homosexuality, approves of it, accepts it as the equal of a heterosexual lifestyle. I do not. ... It is a vote on whether I find her to be qualified to fill this position, and I most assuredly do.″ Sen. Joseph Lieberman, D-Conn.
″My daughter, Julia, is president of the Rhode Island Alliance for Gay and Lesbian Civil Rights ... I would not want to see her barred from a government job because of her orientation.″ Sen. Claiborne Pell, D-R.I.
″I have heard words like strident, extremist, terrorist, activist, twisted mind ... What is the purpose of this? There is only one purpose: that is, to divide and polarize. Another purpose is only to destroy her before she begins her work by destroying her integrity and her credibility by this kind of slurring innuendo.″ Sen. Dianne Feinstein, D-Calif.

Like I said earlier, this story has a happy ending. Achtenberg was confirmed and served in several other capacities in the federal government, including being appointed by President Obama to the United States Commission on Civil Rights. Helms retired from the Senate and died in 2008. And while his reputation was somewhat glossed over in respect to his passing, the stench from his many years of ugliness was never forgotten and has bubbled to the surface, where it deserves to remain.
Whether or not Buttigieg is confirmed as Secretary of Transportation, it's good not to forget the road which was traveled to get him and us to a place where I doubt a senator in Congress would dare make such a public slur against him like Helms made against Achtenberg.
And let's especially not forget those who had to walk across that bumpy and rough road, thereby smoothing it out for the rest of us.
Those such as Ms.  Roberta Achtenberg.
Posted by BlackTsunami at 5:18 PM No comments: 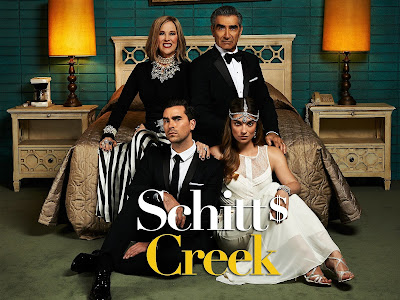 The 15 Best LGBTQ+ TV Shows of 2020 - Cause I think a lot of us will be doing the television show marathon thing this Christmas.
Hungary amends constitution to redefine family, limits gay adoption - Wow, Hungary. Fu . .get you!
TranSanta Launched for Gifts to Trans, Non-Binary Youth - Wonderful idea!
'Jeopardy!' contestant makes history as 1st out transgender winner - Visibility matters. Positive visibility is worth its weight in gold.
Posted by BlackTsunami at 8:35 AM No comments: