On probably the single worst day of Trump's presidency, far be it from me to be a "basic bitch" and rub stuff in.

Oh who am I kidding. From Media Matters:

Clarence Mason Weaver, who was recently named to an advisory board position in President Donald Trump’s campaign, is a right-wing commentator who believes that homosexuality is “evil” and an “abomination.” Weaver has said that people have “got to worry about homosexual training” in schools and questioned, “What is wrong with being homophobic.” He’s also said he has a problem with gay co-workers and would “not appear on a program with a homosexual host and pretend like that’s normal.”

. . . In November 2018, he posted a video complaining about an advertisement featuring a woman in a same-sex marriage. He related that he told his granddaughter that “homosexuality is a abomination. Not just a sin. It’s abomination.” He later criticized people who try to find “common ground” on the issue, saying, “How can you find common ground with evil and sin?”


And of course, the kicker:

Weaver also said that he’s homeschooled his kids in part because he wanted to “get them out” of an environment where “we got to worry about homosexual training.” 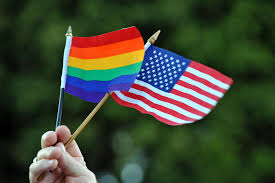 Transgender kids express their gender the same as other kids of their gender identity - Confirming what we already know.


Today it’s discrimination against LGBTQ people. Tomorrow they might ban non-Christians. - Spooky but not far from the truth.

W. Va. library pulls LGBTQ-themed children’s book after complaint by pastor; could remove it permanently - Give me a break!