In the LGBTQ community, there has been a huge discussion/debate about our Pride celebrations. Some folks think they have become stale and should be more controversial and in-your-face, so to speak. They feel that things are too corporate and too "family-friendly."

To me, Pride has nothing to do with being controversial simply for the sake of controversy. We don't need to worry about that because in spite of all we have achieved, the idea of same-gender loving people, transgender people, and folks who generally don't fit the paradigm of traditional roles in gender and sexual orientation ( non-binary folks, asexual folks, and pansexual folks) being open and unashamed about who they are is still a controversial concept to many.

In terms of corporate sponsorship of Pride, I see both the good and bad in the idea. But the one issue I simply cannot see both sides of is the complaint that maybe Pride is too "family-friendly." What's wrong with being family-friendly?  I understand that some people have a concept of being LGBTQ which puts them as some sort of a rebel against what they call a "heteronormative idea" of society. They frown on the idea of LGBTQ people having what they assume are traditional roles - i.e. a married life with a stereotypical white-picket fence and children with the only thing being different from the man/wife dynamic is that ours doesn't involve a man and a woman. And then don't even get me started with the "gay means sexual rebellion" folks. I will leave that alone for now and tell you what I know.

Prides are different all over the country. Our individual Prides should reflect our individual communities, not one idea of a homogenized LGBTQ community and certainly not some false "in-your-face just to be in-your-face" idea.

Down here in South Carolina, our Pride is family-friendly because we have a good number of LGBTQ people - couples and single parents -raising children. We are less in-your-face controversial and more of fellowshipping, educating, and meeting new friends. We love our swag which does from corporate booths and the petting zoos, bookmobiles, bouncy castles, and free prizes which come with our family-friendly, child-friendly ambience. 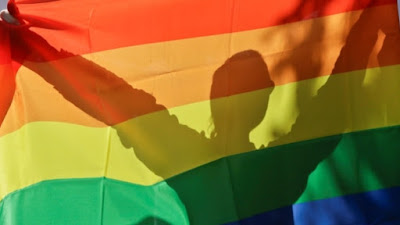 Companies need to swap tokenism for authenticity if they want to celebrate Pride with us - Preach!!
60 Minutes Story Focuses on Transition Regret, Gets Slammed - 60 Minutes should have done better and devoted more time to make the story right.
Tennessee moves to the forefront with anti-transgender laws - State officials are simply thinking out of the air of new negative bills to make into laws.
Steven Crowder co-host says CNN's Don Lemon dresses like a “pedophile” - Accusing an openly gay man of "dressing like a pedophile." No dog whistle there. Particularly an absolutely stupid one.