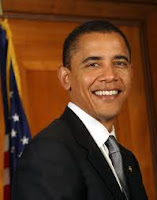 They said it couldn't be done, but guess what . . . President Barack Obama just won another term as president.

It couldn't have happened to a nicer guy! And I am so glad he won.

But I would be remiss if I talked only about President Obama. 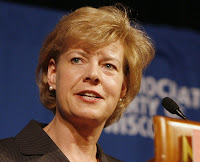 Tammy Baldwin of Wisconsin has become the first lgbt ever to be elected to the United States Senate.

Now as for the initiatives in Minnesota, Maine, Maryland, and Washington State regarding marriage equality, votes are still be tabulated, but we are ahead. I will talk about that tomorrow morning. But for now, let's just bask in these two awesome moments in history.

Editor's note - Karl Rove is whining and hinting about a recount but if you ask me, it's probably because he fears going back to those funders he took millions of dollars from and explaining why he wasted their money.

Posted by BlackTsunami at 8:25 PM 3 comments:

A white woman's reason to vote for Romney 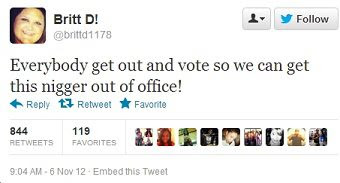 From my online buddy Pam Spaulding comes a tweet from a young woman giving the reason why she is voting for Romney. That some folks share this sentiment doesn't surprise me.

But for someone to put down a tweet like this is the main reason why I always wanted to shoot my television every time I hear a pundit ask whether or not Obama's election in 2004 would create a "post-racial" society.

It's a dumb question. A black man as president won't change the mind of a rabid racist anymore than laws outlawing racial discrimination.

People will be stupid and hateful. The trick is not to end their hate, but contain it so it does no damage.

'Maine's anti-marriage equality group: Gays have too much sex to receive equality' and other Tuesday midday news briefs

Preserve Marriage Maine: Gay People Have Too Much Sex To Deserve Civil Rights - What is with these people and gay sex? They think about gay sex more than a vast majority of us are getting any. And the most offensive part of this man's screed? He whines about being thought of as "intolerant" or "homophobic" for expressing such an opinion. Oh poor him! Whatever happened to the "good old days" when folks could make ugly charges against gays without fear of verbal reprisal?

Audio: More extremity from Maryland Marriage Alliance allies; toleration will 'bring a curse on this nation' - And it gets more interesting in Maryland. Personally I feel that for all of this man's bleating, we don't have a think to worry about. We aren't seeking "tolerance" or "acceptance." We merely want our fair share. And we will get our fair share.

How Today’s Election Could Make History For LGBT Equality - Finally, how today would be a serious hallmark in the history of gay equality.

Today is the day which so many people have been working - whether through good works or evil works - towards. For now, it looks good. We are talking about a historical presidential election here, more important than the last.

Those of us rooting and working hard for President Obama and marriage equality have our hopes up tremendously. And while we are waiting for it to be over with our fingers crossed, we can take solace in one thing.

The plan to keep African-Americans from the polls failed tremendously. It was a plan by the Coalition of African-American Pastors (CAAP) (which some believed was secretly backed by NOM) to tell black folks that Obama is pushing them over for the gay community and therefore, they shouldn't vote for him.

More specifically, that they shouldn't vote at all.

It was a plan which was doomed to fail. We all knew it and I think CAAP knew it also.

The idea that black folks would spit on the memory of those who fought to gain us the right to vote simply because of a disagreement on marriage equality was ludicrous. And it was insulting that an organization (whoever was funding CAAP) would think that greasing the palms of a few pastors with less scruples than integrity would give them the power to turn back historical mindsets.

This is what CAAP was up against and it was the reason why they failed: