Last week, it was revealed that Mike Pence won't dine alone with a woman other than his wife. Naturally this led to a lot of speculation in the mainstream press or praise from the religious right about either Pence's supposed extreme ideas about marriage and women or his "piety" and "fidelity."

I simply don't care. Maybe there can be some type of discussion pulled from  Pence's relationship with his wife, However, I think people should be talking about his  mistreatment of the lgbt community throughout his political career -  from supporting a constitutional amendment which would bar us from marrying to opposing a law which would keep us from being discriminated against in the workplace.

There are so many examples of how Pence has attacked or demonized the lgbt community in the past. Probably one of the most memorable incidents happened in 2015 when he, as governor of Indiana, wouldn't say if he opposed discrimination against the lgbt community. A simple "yes" or "no" shouldn't have been difficult.

But it was for Pence:

I don't care how Pence treats his wife. But I do care that he doesn't treat the lgbt community like we are worthy of equality.  That should be where the concern lies. And what the conversation should be about.
Posted by BlackTsunami at 4:51 PM 1 comment:

The first half ceremony of the 28th annual GLAAD Media Awards was held Saturday in Los Angeles. The big winners included Oscar winning movie 'Moonlight,' while another Oscar winner, Patricia Arquette and singer-songwriter, actor, and Youtube sensation Troye Sivan received the Vanguard and Stephen F. Kolzak awards.  And Trump got properly "read." The second half ceremony of the GLAAD Media Awards will be held on May 6 in New York.  Will the third time be the charm for this blog as it vies for 'Outstanding Blog?' Hopefully so:


GLAAD Awards to Trump: 'Meryl Was Too Easy on You' - Don't act shocked. Lgbtqs and allies getting together for a huge awards ceremony. You know Trump was going to be in our sights.

Young People Are More Likely To Be Openly LGBT, But They're Leaving Traditional Labels Behind - I LOVE this!

What You Need to Know About Mississippi’s HB1523, Considered by the 5th Circuit on April 3rd - Siiiigh! Keep your fingers crossed.
Posted by BlackTsunami at 9:24 AM No comments:

And now a word about 'Identity Politics' 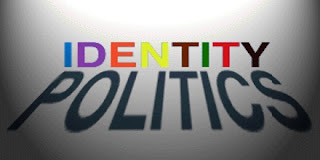 Personally, I think "identity politics" is a phrase which demonstrates how too much of the American media is white, heterosexual, and male oriented.  If there is no diversity in the faces we see telling us the news, naturally the important issues affecting those who don't fit in the above categories are shuffled off into some box of "odds and ends," as if they are trifles instead of pertinent problems.

That's my take on it, but Boris Dittrich in The Advocate has an equally wonderful look on the difficulty of us so-called minorities (African-American, lgbtq, etc.) have in getting our concerns looked at seriously instead of sidebars. There is an excerpt from his piece, Identity Politics Forever:

LGBT activists advocate for equal rights and nondiscrimination. They do not claim special or extra rights. They aspire to a society where LGBT people are not bullied at work or in school and have the same relationship rights as others do. Equality and nondiscrimination are values that concern everyone in society. They require a robust defense. Because the values of human rights depend foremost on the ability to empathize with others — to recognize the importance of treating others the way we would want to be treated — they are especially vulnerable when the argument of the majority versus minorities is invoked.

Politics that stops talking about minority rights on the theory that upholding them is “divisive” or makes it harder to win over majority voting blocs, will only lead to a more fragmented society, not bring people together. Instead political leaders should make clear that rights are not a zero-sum game — protecting my rights does not undermine yours. On the contrary, it creates a framework we can all rely on if our rights come under threat.