NPR: How Ben Shapiro and The Daily Wire market conservative outrage for the big bucks

The National Public Radio just busted conservative Ben Shapiro and his publication, The Daily Wire, on something which should already be common knowledge. They market outrage to make a quick buck.

Daily Wire articles with headlines such as "BOOK REVIEW: Proof That Wokeness Is Projection By Nervous, Racist White Women Who Can't Talk To Minorities Without Elaborate Codes" regularly garner tens of thousands of shares for the site, and Shapiro is turning that Facebook reach into a rapidly expanding, cost-efficient media empire — one that experts worry may be furthering polarization in the United States. "There's a demand amongst certain subsets of the public for outrage politics," said Jaime Settle, director of the Social Networks and Political Psychology Lab at the College of William & Mary in Virginia. "This happens on both the left and the right. But the people who do this on the right have just found a lot more successful ways of doing it."
. . . The articles The Daily Wire publishes don't normally include falsehoods (with some exceptions), and the site said it is committed to "truthful, accurate and ethical reporting." But as Settle explains, by only covering specific stories that bolster the conservative agenda (such as negative reports about socialist countries and polarizing ones about race and sexuality issues) and only including certain facts, readers still come away from The Daily Wire's content with the impression that Republican politicians can do little wrong and cancel culture is among the nation's greatest threats.
An NPR review of stories on The Daily Wire about the COVID-19 pandemic over the past two months found numerous stories about potential side effects from COVID-19 vaccines, but none that portrayed the scientifically demonstrated efficacy of the vaccines or that focused explicitly on the hesitancy that has slowed the U.S. rollout. Often the site's headlines seem like a conglomeration of conservative buzzwords: "CNN Medical Expert Urges We Must Make Life 'Hard' For Unvaccinated, Test Them Twice-Weekly" and "DeSantis Team Offers 'Don't Fauci My Florida' T-Shirt, Triggers Leftists." NewsGuard, a company started by journalists that rates the credibility of news sites based on a number of factors, scores The Daily Wire a 57/100. "They tend to not provide very much context for the information that they are providing," Settle said. "If you've stripped enough context away, any piece of truth can become a piece of misinformation."

Such is what the conservative moment is today. It's no longer a governing philosophy. Conservatism is now an grievance industry filled with no-talent shills making money from the politics of  anger, outrage, and resentment.
Posted by BlackTsunami at 4:40 PM No comments: 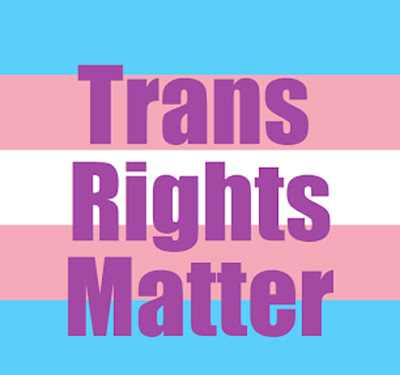 ACLU sues Montana over transgender ID law requiring proof of surgery - I am loving these lawsuits.

A Christian teacher demanded a religious exemption to using trans students’ names. A judge said no. - Somebody thought they were being cute and got checked.