Anti-gay BarbWire reveals source of distorted picture, still flippant about its use

In my last post, I talked about how Right Wing Watch discovered that the rabidly anti-gay online news source, BarbWire ran photo-shopped picture to accompany an awful story linking gay men to pedophilia.

The picture was originally this: 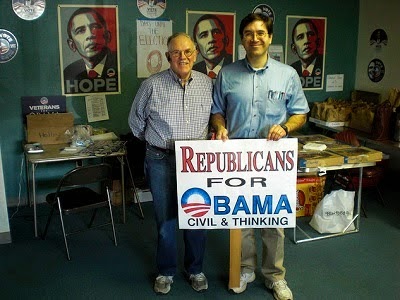 But BarbWire ran a photo-shopped copy which looked like this: 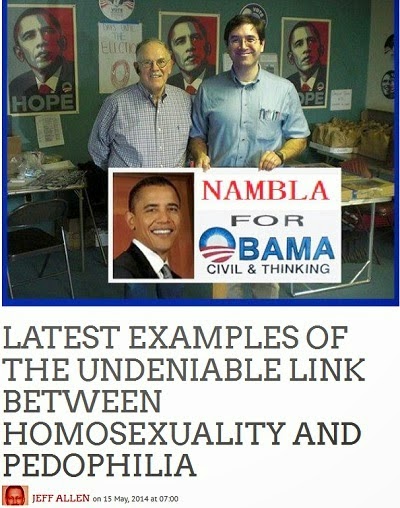 BarbWire subsequently removed the photo but the author of the article, Jeff Allen, was highly flippant about the photo, calling it an innocent mistake. In addition, he implied that the picture was pulled from the internet and actually attempted to blame Right Wing Watch for discovering his mistake.

Allen's nonchalant attitude wasn't enough for me. I felt that he or someone else from BarbWire had to answer for the photo. To imply that anyone is a pedophile or support pedophilia in any way is a serious charge.

In it's zeal to link gay men to pedophilia, the noxious right-wing publication BarbWire just made a serious error.  The article in question itself is filled with anecdotes and cherry-picked science. I guess to somehow put an explanation point on it, the following picture was included: 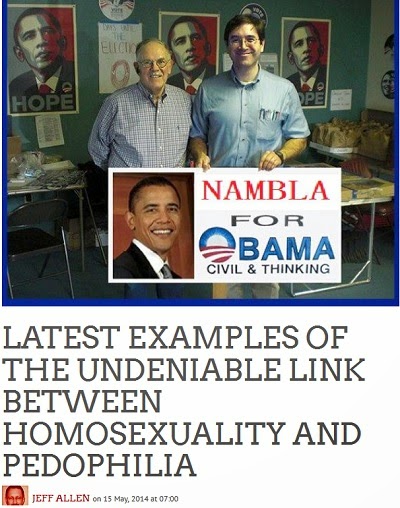 But through the perseverance and the clever eyes of Right Wing Watch, it has been proven that the above picture is (wait for it) a FRAUD: 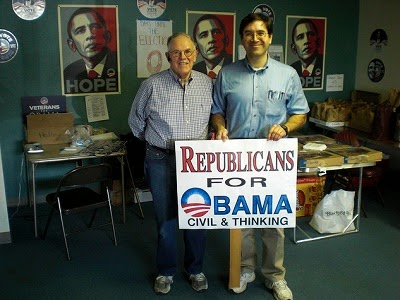 The picture has been removed and the author of the piece, Jeff Allen, implied that picture was pulled from the internet.  He also called it "an innocent" mistake and is trying to blame Right-Wing Watch for the entire incident:


@RightWingWatch An innocent mistake is not deception, but a painting a mistake as intentional -- that's deception @jmattbarber
— Jeff Allen (@jeffallen1987) May 15, 2014


Personally, I still think a definitive confirmation that this picture was pulled from the web in its distorted state should be given by Allen and BarbWire. In addition, an apology to the men in the picture should be given. No matter the situation, I find Allen's flippancy about the entire situation to be alarming. Mistake or not, this was not innocent.

If it turns out that the distortion of the picture was not a creation of BarbWire, it still speaks to the publication's lack of credibility in linking gay men to pedophilia.  If it can't check the veracity of a picture, then you have to wonder about the veracity of its articles.

How Conservatives Are Trying To Derail Houston’s LGBT Nondiscrimination Ordinance - Here we go again with the lies about bathrooms and our transgender sisters.

Hubris-driven NOM witch-hunting Arkansas judge for daring to not agree with its discriminatory cause - It's one thing to take your ball and stomp home when you can't get your way, but it's not even your ball.

Welcome to Give Out Day! - Let's end today's news briefs talking about a great cause. And in my state of South Carolina, nine organizations are taking part. Whatever you can give for the cause of equality!

Posted by BlackTsunami at 9:47 AM 4 comments:

With the lgbt community winning more equality battles, it's good to see that many of us will not be content on resting on our laurels.

Media Matters is an excellent site when it comes to being a watchdog of conservative misinformation. However, just in case you aren't aware, it also features a site focused solely on deconstructing anti-gay distortions.

Equality Matters has been around for a number of years, but the above video gives the perfect reason why it is such a necessary tool for not only the lgbt community but also our allies.
Posted by BlackTsunami at 5:01 AM No comments: