On his Americans for Truth webpage, LaBarbera announced a rally in front of the US Supreme Court on June 26. This rally will be negatively commemorating the fourth anniversary of the Obergefell ruling, which legalized marriage equality in 2015:

Four years ago, on June 26, 2015, the Supreme Court arrogantly imposed homosexual “marriage” on the nation – overriding amendments and laws in more than 30 states protecting marriage as between a man and a woman. Join concerned citizens testifying to the tragedy of this evil ruling by 5 unelected Justices. Some of our speakers once considered themselves “gay” or “transgender”—and will discuss how Obergefell was based on a lie: that homosexuality, like race, is unchangeable. Come hear their powerful testimonies! 2019 is also the 50-year anniversary of the anti-cop “Stonewall Riots” that launched the destructive, in-your-face “gay” revolution in the USA.


Like so many of his past rallies, attendance and attention will probably be sparse. But his attempt to recast the history of marriage equality needs to be called out.

LaBarbera is lying. He tends to do that a lot when it comes to the LGBTQ community.

In reality, The SCOTUS ruling for marriage equality had nothing to do with the belief of whether or not homosexuality is unchangeable  It was a question of whether or not there was a logical reason for gays to be denied the right to marry. And SCOTUS found that there wasn't.

The majority opinion, authored by Kennedy, was framed as a legal interpretation of the constitutional rights of gays and lesbians. However, the decision appeared to reflect and ratify one of the most dramatic and rapid shifts in public opinion on a high-profile social issue in American history.

Kennedy bluntly rejected arguments from same-sex marriage opponents that allowing gay and lesbian couples to marry would undermine and disrespect the marriages of heterosexual couples.

“In forming a marital union, two people be­come something greater than once they were,“ Kennedy wrote. “As some of the petitioners in these cases demonstrate, marriage embodies a love that may endure even past death. It would misunderstand these men and women to say they disrespect the idea of marriage. Their plea is that they do respect it, respect it so deeply that they seek to find its fulfillment for themselves.” 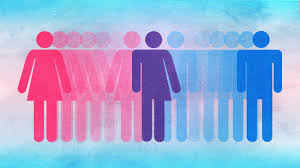 Pete Buttigieg Remembers Pulse Shooting: ‘It Was An Attack On All Of Us’ - Amen!