Classic case of f@king around and finding out

During her speech delivered to the University of Wyoming’s College of Arts and Sciences and the College of Education commencement Saturday afternoon, Republican U.S. Senator Cynthia Lummis told graduates that “the existence of two sexes, male and female” was a “fundamental scientific truth.”
The audience’s immediate reaction to her transphobic remarks were loud expressions of disapproval including jeering, boos, and demands she leave the podium.
The senator’s remarks came in the latter third of her twenty-minute address which had primarily focused on the critical need for teachers and in the fields of agriculture and other endeavors she noted were Wyoming hallmarks.
In a statement released by her office Sunday, a spokesperson noted that Lummis was apologizing to those who felt “un-welcomed or disrespected” by the comments. “My reference to the existence of two sexes was intended to highlight the times in which we find ourselves, times in which the metric of biological sex is under debate with potential implications for the shared Wyoming value of equality,” the statement read.
“I share the fundamental belief that women and men are equal, but also acknowledge that there are biological differences and circumstances in which these differences need to be recognized. That being said, it was never my intention to make anyone feel un-welcomed or disrespected, and for that I apologize. I have appreciated hearing from members of the University of Wyoming community on this issue, and I look forward to continuing this dialogue.” 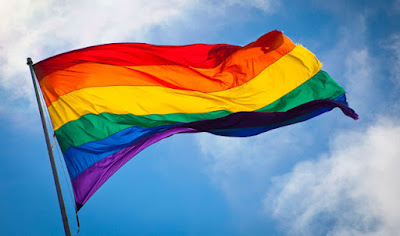 Students protest after they say a teacher was removed for giving student crisis hotline number​ - Simply inhuman to remove this teacher for simply helping students.
Urvashi Vaid, Legendary Activist for LGBTQ+ Civil Rights, Dies at 63 - Rest in power. I only met her once but she was a sweetheart to me. A very kind woman.
Drag queen crowned prom king at Indiana high school - Seemingly small victories are the best.
Gay senator Shevrin Jones put his homophobic colleagues on blast and it was incredible - Hopefully he's headed for larger things.
The number of LGBTQ foster kids is on the rise, but does Colorado have enough accepting homes? - The omission of LGBTQ kids when it comes to adoption and foster homes is not accidental. It's deliberate by religious right groups and personalities.
Posted by BlackTsunami at 8:56 AM No comments: