What's with some members of the lgbt community in that we seem to be determined to pull a defeat out of the jaws of victory. In the middle of stunning marriage equality victories, bothersome things are coming up.

No doubt some of you have heard of the Brendan Eich situation. Eich was the CEO of Mozilla who resigned recently. There were a multitude of reasons for his resignation and it was mostly due to internal pressure.

However one thing which stood out was a $1,000 donation Eich gave in support of Prop 8, the now defunct law which kept gays and lesbians from legal marriage in California.

The sexy angle is that lgbts targeted Eich and brought made him resign. This time, unfortunately, it wasn't just the anti-gay right pushing it. Some folks, such as Chris Hayes from MSNBC pushed the angle.

And now comes this letter, which will be thrown in our faces. From John Becker at Bilerico:

A coalition of 58 LGBT people and allies -- most of them conservatives or libertarians -- came out with a statement today on the resignation of former Mozilla CEO Brendan Eich. Mr. Eich, you'll recall, voluntarily stepped down earlier this month amidst public outcry over donations he made to the viciously homophobic Proposition 8 campaign and various anti-gay politicians. The statement, titled "Freedom to Marry, Freedom to Dissent," desperately tries to revive the lie that Eich was targeted and toppled by LGBT activists -- a victim of "left-liberal" "intolerance," as Andrew Sullivan so hysterically claimed. The truth, of course, is much different: not a single LGBT organization commented publicly on the controversy at all, much less called for Eich's ouster. The campaign against Eich was concentrated almost exclusively within the tech community and was driven largely by Mozilla staffers and developers.

Becker is correct. And his assertion is backed up by a very good New Yorker article on the matter,  How Mozilla Lost Its CEO. One part really stands out for me:

The problem was that Eich’s stance was unacceptable in Silicon Valley, a region of the business world where social liberalism is close to a universal ideology. At this point, a tech company having a C.E.O. who opposes gay marriage is not all that different from a company in 1973 having a C.E.O. who donated money to fight interracial marriage: even if there were plenty of Americans who felt the same way at the time, the C.E.O. would still have been on the wrong side of history. And since the role of a C.E.O. as a public face of an organization is more important than ever these days, Eich’s personal views were inevitably going to shape his ability to run the company.


Other than a petition and comments on various blogs, there was no organized plan to oust Eich. No major lgbt organization called for his resignation.  And as I understand it, no major lgbt blogs did either. There is no other way to put this. The letter calling for "tolerance" was a dumb move because it unfairly brands the lgbt community.

I simply have to give props to SC Governor Nikki Haley. I'm still shocked because I never expected her to take a position on this issue, but on the hand, it's a relatively easy position to take:

“There are boards of colleges for a reason. We allow the boards and we allow the presidents make those decisions,” Gov. Haley said. ”I have never micromanaged how any college or university does anything.”

State Rep. Garry Smith, R-Greenville, and State Sen. Mike Fair, R-Greenville support targeted funding in the state budget for the College of Charleston and USC-Upstate for using gay-themed literature and plays. Fair said a satirical performance entitled, “How To Be A Lesbian In 10 Days Or Less,” presented by USC Upstate was “recruiting lesbians.”

. . . South Carolina Radio Network asked Haley if she felt it was appropriate to penalize colleges for what they decide to offer their students.

While the lgbt community is slowly but surely making the case for equality in both marriage and anti-discrimination laws, some of our opposition are either freaking out or doing our jobs for us.  The following graphics from newly minted anti-gay news site, BarbWire, represents a little from Column A and a little from Column B: 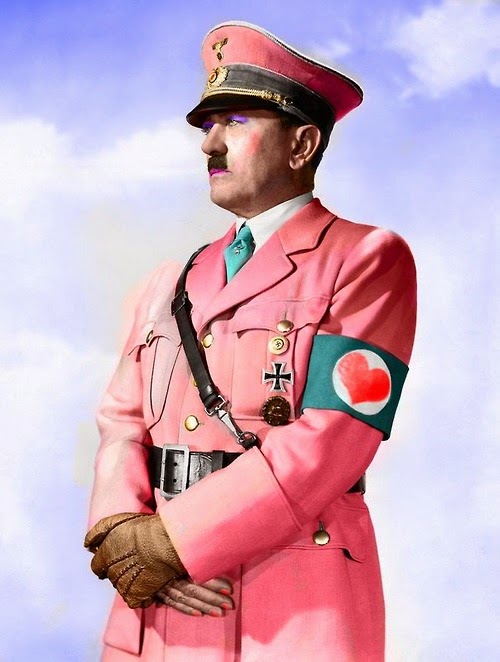 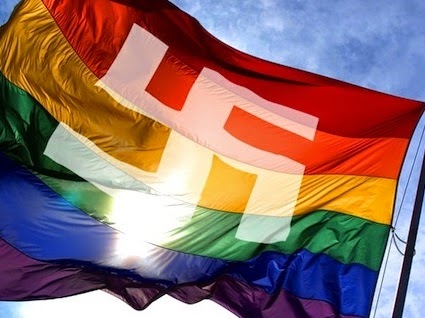 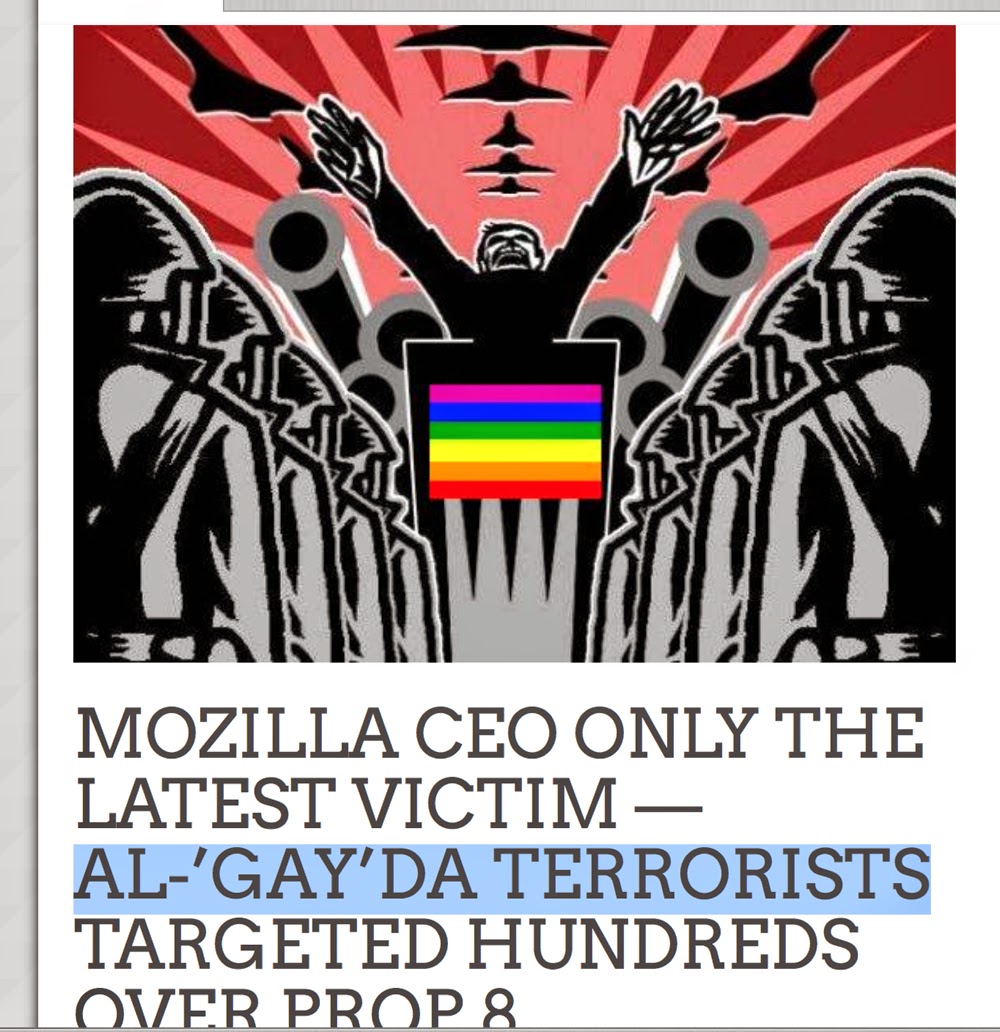 
Norman Spack Delivers Ted Talk On Transgender Teens - I love this video. It is definitely needed.

12 States Still Have Anti-Sodomy Laws A Decade After They Were Ruled Unconstitutional - Can you say "hot mess, boys and girls." Unfortunately South Carolina is one of the states. Of course if SC truly began trying to arrest folks for sodomy . . . . my lips are sealed.

Happy ending in the works for fired Latta police chief as mayor continues to lose support - Speaking of South Carolina, my post from last night because it bears repeating.

World Bank Review Team To Recommend Approving Loan To Uganda Despite Anti-Homosexuality Act - Never forget that lgbt equality is a worldwide struggle.
Posted by BlackTsunami at 9:08 AM No comments:

The social science statistics Reed called "irrefutable" actually have nothing to do with gay couples raising kids. Instead, they’re focused on the effects of children who grow up without a father in a one-parent household. Put another way, the studies focus on the quantity of parents and not their gender.

Reed’s office pointed us to his book, as well as a Brookings Institution report that says parents who graduate from high school and bear children within marriage have a 2 percent chance of living in poverty. But neither the study nor his book draws any comparison between gay and straight marriages. In fact, it makes no mention of gay marriages.

Other research often cited by gay parenting critics, like Sara McLanahan’s Growing Up With a Single Parent, similarly doesn’t include any information on gay parenting, specifically.

Read more »
Posted by BlackTsunami at 5:01 AM No comments: