Just a simple lesson in lying brought to you by the Family Research Council.

What is claimed by the Family Research Council:

In a stunning column this week, the (Charlotte Observer) argues that “Girls must overcome ‘discomfort’ of seeing ‘male genitalia’ in locker rooms.”


What The Charlotte Observer actually said:

Yes, the thought of male genitalia in girls’ locker rooms – and vice versa – might be distressing to some. But the battle for equality has always been in part about overcoming discomfort – with blacks sharing facilities, with gays sharing marriage – then realizing that it was not nearly so awful as some people imagined.


There is nothing in The Charlotte Observer editorial about girls seeing male genitalia. And the passage is definitely taken out of context. Read the column for yourself  and decide.

Some might argue that what The Charlotte Observer actually said is equally distressing. I say if that's the case, then why did FRC feel the need to totally alter the passage ?
Posted by BlackTsunami at 3:35 PM 2 comments: 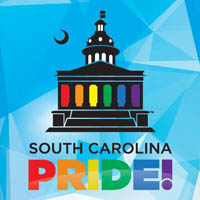 Senate blocks Berkeley bathroom ban - Since, as I said before, South Carolina doesn't seem to be on anyone's radar, you will probably miss the fact that our state Senators blocked SECOND anti-transgender bathroom bill. This was not as major as the first one we defeated, but still just as ornery.

LGBT Activists Arrested During North Carolina Bathroom Law Protest - THIS is getting interesting.

These Photographs Offer A Powerful Glimpse Into The Lives Of The LGBT Community In Bangladesh - We should never take the equality we have for granted.
Posted by BlackTsunami at 9:20 AM 1 comment: