You cannot fool us, Franklin Graham. We saw you sell out your 'faith' to Donald Trump


Now that Donald Trump is no longer president (Thank God!) certain people are trying to recast their fawning praise of him when he was polluting the Oval Office.  Certain people like Franklin Graham.  According to the Huffington Post:

Evangelical leader Franklin Graham, who has been one of Donald Trump’s biggest supporters among the religious right, hit the former president with a reality check over his 2024 election chances. “I think for him, everything will depend on his health at that time. If he still has energy and strength like he does. I don’t,”
Graham told Axios, adding: “You know the guy does not eat well, you know, and it’s amazing the energy that he has.” Graham added that Trump seems to have lost 15 pounds. “So he might be in good health and in good shape,” he said. “I don’t know.”

And Graham apparently said more than that. Now he is being critical of Trump's demagogue-like behavior of smearing the press. In the same interview with Axios, according to The Wrap:

Rev. Franklin Graham admitted in a new interview that his pal, former President Donald Trump, shouldn’t have gone after the press the way he did.
“I would never have said that. I think it’s hurt him. I think it built a wall. I think it created animosity when it shouldn’t have. Just because somebody disagrees with you doesn’t mean they’re your enemy,” Graham said in a sit-down with Axios.
Mike Allen pressed the reverend, who has been a longtime supporter of Trump’s, on whether the one-term president’s attacks on the press were a mistake. “No question about it,” said Graham, the son of Christianity Today founder Billy Graham.

Oh Franklin, you two-faced, hypocritical bastard.
I wish the interviewer would have pressed Graham on why he didn't take a public stand against Trump even though we probably already know the answer.  It's the same reason why Graham either defended Trump or remained silent during his Covid pandemic botching, his numerous lies, the teargassing of the protestors during his Bible-holding photo op, the storming of the Capital on Jan 6, his constant lies of a rigged election, etc, etc etc.
Read more »
Posted by BlackTsunami at 5:03 PM No comments: 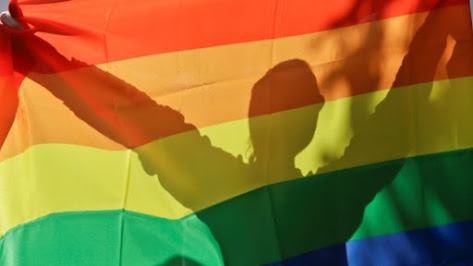 A College Is Investigating After Students Allegedly Tried To Break Into An LGBTQ Home That Used To Be A Frat House - Oh my goodness!
America Needs a Sane and Functioning Republican Party - I'll agree with this.
Biden names civil rights veteran to U.S. Education Dept. - We need more picks like this.
NYC Pride parade bans police; Gay officers ‘disheartened’ - I have been arguing with folks all weekend about this. This is NOT a good idea. But it is this organization's right. However, I am totally against any denigrating generalization of any law enforcement officer in general. You can kiss my ass with that ACAB crap.
Many countries still reject, torture and kill LGBT people - Depressing but true. The struggle is real and it is worldwide.