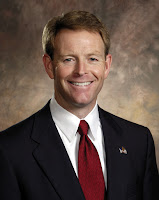 Of course, one of the best examples of the Obama administration's disdain for other country's beliefs was the addition of a full-time, taxpayer-funded, diplomat who openly identified as gay to the payroll whose sole purpose was forcing the president's radical social agenda on reluctant countries. And as usual, the 44th president bypassed Congress to appoint one. Like most conservatives, we encouraged the new administration to do away with the position and focus on the real human rights crises -- like Christian persecution and genocide. - FRC President Tony Perkins, February 14, 2017

Despite recent progress in the US, Latin America and even Ireland – one of the most conservative societies in Europe – the global campaign for the rights of sexual minorities has experienced a series of setbacks in other regions including Africa and the Middle East. Fewer than 1 billion of the world’s population live in countries where same-sex marriage or civil unions are recognised, compared to almost 2.8 billion living in countries which criminalise gay people and impose severe punishments on homosexuality, such as imprisonment, lashings and even death sentences. - The Guardian, February 26, 2015


A report that a Ugandan advocacy group released on Friday indicates persecution based on sexual orientation and gender identity increased after the country’s president signed an anti-gay law in 2014. The Sexual Minorities Uganda (SMUG) report documents 264 “verified cases of human rights abuses against LGBTI Ugandans” between May 2014 and Dec. 31, 2015. The report indicates that 84 of these cases were loss of property and employment and other forms of intimidation. Forty-eight of the 264 cases of anti-LGBT persecution involved violence, which included “torture by the state.”  - Washington Blade, April 22, 2016

While Americans have fiercely debated how to respond to the massacre last month at a gay nightclub in Orlando, Fla., Brazilians have been confronting their own epidemic of anti-gay violence — one that, by some counts, has earned Brazil the ignominious ranking of the world’s deadliest place for lesbians, gays, bisexuals and transgender people.

Nearly 1,600 people have died in hate-motivated attacks in the past four and half years, according to Grupo Gay da Bahia, which tracks the deaths through news articles. By its tally, a gay or transgender person is killed almost every day in this nation of 200 million.

“And these numbers represent only the tip of the iceberg of violence and bloodshed,” said Eduardo Michels, the group’s data manager, adding that the Brazilian police often omit anti-gay animus when compiling homicide reports. - The New York Times, July 25, 2016


А Russian lesbian, gay, bisexual, and transgender (LGBT) activist and another person have been missing since January 31, 2017, in the separatist-controlled area of the Donetsk region in eastern Ukraine, and are feared to be victims of enforced disappearances, Human Rights Watch said today. Human Rights Watch is concerned that the de facto authorities of the self-proclaimed Donetsk People’s Republic (DNR) have detained them and are refusing to acknowledge their detention. Grey Violet, a Russian transgender person (also known as Oleg Vasilyev and Maria Shtern), and Victoria Miroshnichenko arrived in the DNR on January 31. They had planned to stage a public performance in Donetsk in support of the LGBT community and record it on video. - Human Rights Watch, February 9, 2017


The point is not to make eradicating persecution a competition. When any group is persecuted, it is a hideous red mark for society in general. That being said, no one group is above another and for a so-called Christian organization to falsely claim or imply in anyway that lgbt persecution of any sort is not a "real human rights crisis" (especially in light of the fact that a simple google search refutes that idea) is beyond unconscionable.

It makes one wonder just what god does Perkins and the Family Research Council actually serve.


Second photo taken from The New Civil Rights Movement
Posted by BlackTsunami at 3:48 PM No comments:

Heartfelt New Ad Urges LGBTQ People To ‘Hold Tight’ To One Another - "LGBTQ people of all ages are encouraged to hold their loved ones close in a heartwarming new ad campaign for the Australia and New Zealand Banking Group (ANZ) Released Feb. 9, the “Hold Tight” clip is intended to commemorate Sydney Gay and Lesbian Mardi Gras, which kicks off Friday Feb. 17, and the Auckland Pride Festival (Feb. 10 ― 26). ANZ is a sponsor of both celebrations."

Anti-LGBTQ activists to Trump: Be Our Valentine - A special return from my friend, Jeremy Hooper. Trump doesn't have to worry about facing criticism from religious right groups for his incompetence. But he will if he doesn't grant them more power to make churches political tools and stamp down on lgbt equality.

Arkansas Will Hear Bill To Dismantle Marriage Equality On Valentine’s Day - Some people are determined to try and ice skate uphill.

Bryan Fischer: ‘The Real Brownshirts Are In The Homosexual Movement’ - Sigh! Bryan Fischer is calling us Nazis again, y'all. That's why ads like in the first news brief are important. Fighting evil rhetoric with true faces of love means a lot, particularly to impressionable lgbt kids. Remember that they are watching and listening. Always.
Posted by BlackTsunami at 9:12 AM No comments:

Sorry religious right, the Special US LGBT Envoy is staying at the State Department

From The Washington Blade:

“Deputy Assistant Secretary of the Bureau of Democracy, Human Rights and Labor Randy Berry, a career Foreign Service officer, continues in his role under the current administration,” the spokesperson told the Blade.

Former Secretary of State John Kerry in 2015 announced the creation of the position within the State Department’s Bureau of Democracy, Human Rights and Labor.

. . .  Monday’s statement comes against the backdrop of concerns over whether President Trump would eliminate the special LGBT envoy position. Advocates have also urged the new administration to continue U.S. efforts to promote LGBT and intersex issues around the world that the Obama administration began.

Family Research Council President Tony Perkins asked Trump late last year to remove “activists” from the State Department who promote LGBT and reproductive rights abroad. A spokesperson for the president’s then-transition team told the Blade that any suggestion “that discrimination of any kind will be condoned or tolerated in a Trump administration is simply absurd.”


Don't think for a moment that this decision means the lgbt community shouldn't be wary of the Trump Administration. He still has a vice president and a host of anti-lgbt groups and personalities supporting him.
Posted by BlackTsunami at 4:56 AM 1 comment: