Last weekend, I joked with a friend that a tactic of the anti-gay right is to constantly repeat their inaccuracies no matter how many times they are refuted because the constant repetition will desensitize the lgbt community to their lies. This would serve to prevent us from becoming outraged.

It was a joke, but I think, after reading an item from fellow blogger Jeremy Hooper, it's a serious point to ponder: 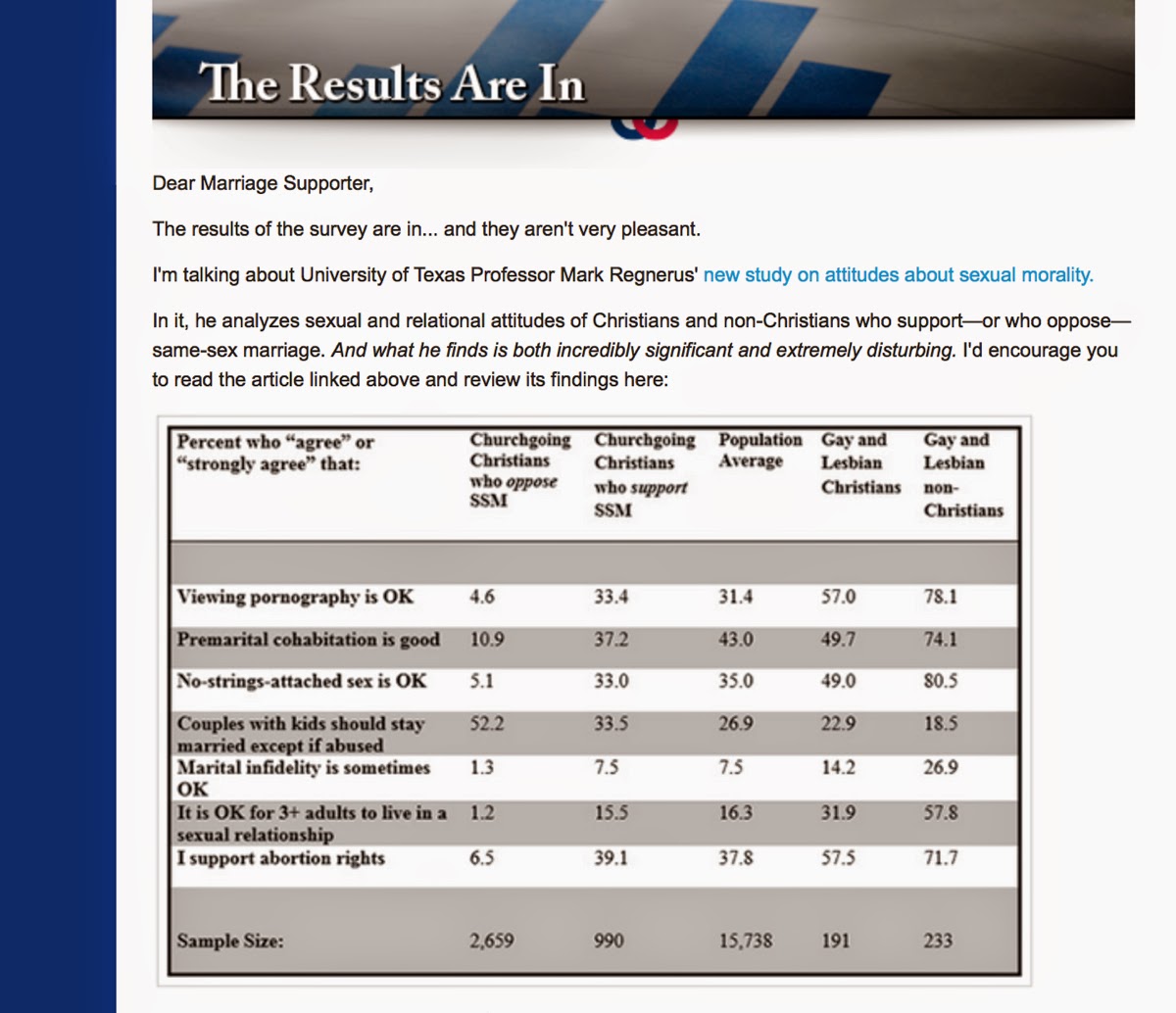 Even though University of Texas (Austin) Professor Mark Regnerus is now discredited (by several sources including his own sociology department, the American Sociological Association, and a federal judge), the National Organization for Marriage continues to trumpet his work as if it is gold.

Naturally it's an anti-marriage equality study (if you want the details, check out Jeremy's explanation), so I'm not surprised.

What gets me is that this so-called moral, Christian organization is actually trying to get away with this subterfuge.

I guess it says a lot about the integrity of this so-called moral, Christian organization, doesn't it?
Posted by BlackTsunami at 2:55 PM No comments:

Ugandan Speaker: Re-introduction of anti-gay law will be ‘smooth’ - Great. If at first you don't succeed, be a bigger bigot.

Pastor Who Canceled Gay Man's Funeral Remains Unrepentant - Less than 24 hrs before the funeral, this pastor calls the deceased's mother while she is at his wake to cancel his funeral because her son was gay. No wonder Christianity is going downhill in the minds of Americans.

Reality TV star Josh Duggar warns conservative Christians of Obama’s gay-friendly agenda - Blah blah blah we are victims blah blah blah the homosexuals want to harm us and shut us up. Raise your hands if you are tired of this old song.

Obama Offers Surprise Welcome Video At Gay Games Opening Ceremony - Religious right and conservative freakout at 5 . .4 . .3 . .2
Posted by BlackTsunami at 8:58 AM No comments:

Last week, it was pointed out how Family Research Council president Tony Perkins is allowed to appear on Fox News as a culture authority without any question regarding his organization's tendency demonize gays through distortions and lies.

Also, according to Equality Matters (the same organization which pointed the above out), his appearances on other news networks - MSNBC and CNN - have dropped while his Fox News appearances have stayed steady.

If you ask me, I think it's because Perkins knows that Fox News personalities, such as Megyn Kelly, won't do their supposed jobs as journalists and bring up FRC's anti-gay actions or history. Nor will they challenge his soundbites. As I recall, the last time someone did that to Perkins was Luke Russet last year on MSNBC and it practically left him tongue-tied: