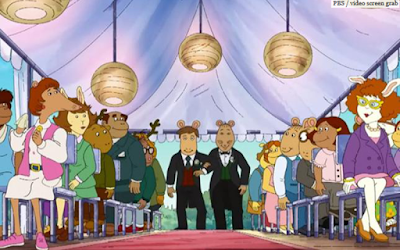 Here is a pleasant piece of news as we begin the week. Recently, the PBS animated series Arthur featured a same-sex wedding when one of its characters, Mr. Ratburn, came out and got married.

Naturally, this has gotten the anti-LGBTQ industry angry, with many crying about the so-called "indoctrination" and "recruitment" of children into the "homosexual lifestyle."  One of these groups, the Family Research Council, took to twitter to say so:


Children are not asking for their cartoon characters to be gay -- activists in the entertainment industry are forcing it on them. Now more than ever, parents have to be vigilant about the media their children consume. @cathyruse https://t.co/PVicS0HPgE
— FRC (@FRCdc) May 19, 2019 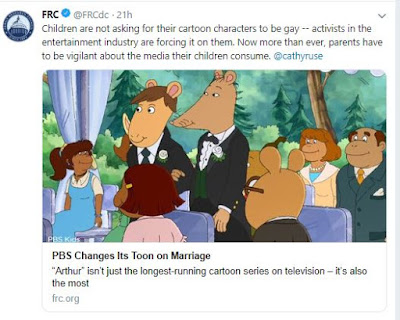 Read more »
Posted by BlackTsunami at 2:45 PM No comments: