Last Three Democrat Holdouts To Support ENDA - There will be a vote on ENDA in the Senate and all the Democrats there support it. But you know what this means . . .


The ENDA is Near: The Top Ten Religious Right Claims About the Employment Non-Discrimination Act (UPDATED) - THIS is what the vote means. As much as you probably don't want to (and I don't blame you, familiarize yourselves with these ludicrous arguments because you will be hearing them soon.

How Unjust Family Laws Are Keeping LGBT Parents Away From Their Children - Bar none, the scariest thing an LGBT parent will probably ever read.

Good News: We Can All Stop Worrying About Bullying Now - Pay attention, boys and girls. This is how you use a strawman argument to minimize a huge problem.
Posted by BlackTsunami at 3:00 PM No comments: 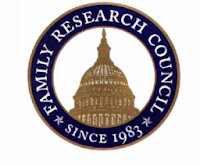 The Family Research Council and other religious right groups will have you to believe that recent victories by the lgbt community regarding marriage equality is the result of an immoral collusion between us and so-called activists judges.

But a recent "analysis" by FRC gives a good indication of why these groups have been getting practically destroyed in the courts.

The analysis, Complementarity in Marriage: What it is and Why it Matters, was written by FRC Senior Vice President Rob Schwarzwalder and has to be the most oblivious piece of anything I have ever read. The first excerpts gives you a clue:

Men and women are different.

This self-evident and clichéd claim is no longer as uncontroversial as, historically, it once was. According to a 2011 report from the American Psychological Association,

This statement includes a reference to an undefined but apparently defining “internal sense” and the concurrent argument that one can recognize his or her transgenderism “at any age.” Such an assumption has stunning implications for the way law, society, and family all function. But before we examine that assumption, let’s start here: what’s the deal with exclusively male- female unions?


Men and women are different? No kidding.

And it goes on like that for seven pages, carrying on different variations of the tired argument that "men and women complement each other and their function is to get married, have children, and raise children while living together as husband and wife."

It's an argument the lgbt community has heard so many times that a lot of us can probably recite it fro memory. Never mind that it's an argument which does not speak to a reality where not all couples are married or have children and not all children have both parents or at least one parent in the home.

This analysis doesn't hardly touch same-sex relationship except to say that if the door is opened for it, we could be seeing things like polygamous relationships and a vague reference to how children "need both a mother and a father."

FRC doesn't say a word about that reality. It's as if the organization refuses to comprehend that the latter (children in same-sex households) don't exist.

In short, this analysis is more neutered than a stereotypical 1950s husband after his harridan of a wife has bashed him over the head a few times with a rolling pin.

The truth is clear.  Marriage equality is not a danger to society and FRC knows it. And in writing this junk analysis, Schwarzwalder and FRC have obviously given up on their attempts to raise a false alarm. At least this time.

Are we finally getting to them?
Posted by BlackTsunami at 5:04 AM 6 comments: