The religious right gained a lot of power during the Trump years and apparently they are willing to stoop to voter suppression in order to keep that power and gain more. Via a passive aggressive support of Donald Trump's big lie of voter fraud (because they aren't going to come out and openly support the lie), religious right groups and figures such as the Family Research Council and its president Tony Perkins and the Alliance Defending Freedom are exploiting the phrase "election integrity" with as much deceptive skill as they exploited other phrases such as "religious liberty" or "save women's sports."

I noticed this a while back so I am glad that someone with more writing talent, resources, and reach is taking this on. Historically, African-American and LGBTQ people have had the same enemies trying to undermine our rights. This merely adds an explanation point to that fact.

In the Vox article,  How the Christian right embraced voter suppression, Sarah Posner breaks it all down:

For decades, the Christian-right foot soldiers who form the backbone of the Republican Party have regularly and enthusiastically showed up for legislative battles over religious freedom and reproductive and LGBTQ rights. On September 1, they scored one of their biggest victories yet: the Texas Heartbeat Act, which bans abortion after six weeks of pregnancy and deputizes private citizens to report anyone who helps a woman obtain an abortion.
Six days later, religious conservatives celebrated another critical legislative victory, one that signaled a new frontier in their movement. In the east Texas city of Tyler, Republican Gov. Greg Abbott signed the Election Integrity Protection Act of 2021, passed in late August after Democrats fled the state in a futile effort to stop it. The new law severely restricts voting access in Texas, with the biggest impact on voters of color; Abbott hailed it as a “good paradigm for other states to follow.”
. . . The Christian right’s ability to mobilize its own voters has long made it one of the most potent forces in American politics. But this year, evangelical leaders have embraced a new strategy, one with direct roots in the outcome of the 2020 election: Religious activists have taken up the cause of “election integrity,” pushing bills to crack down on voter fraud, even though no evidence of widespread fraud in US elections exists. In the process, they’ve helped restrict ballot access for millions of Americans — the most regressive wave of voting measures since the Jim Crow era — and drawn a direct connection between their new cause and their core religious beliefs.
The goal is to protect the gains made by the Christian right during Donald Trump’s presidency, especially in the federal courts, and to restore the White House and Congress to Republican control. The biggest prize, of course, is the US Supreme Court, where — not coincidentally — all three of Trump’s appointees declined to block the Texas abortion bill from taking effect, signaling their willingness to overturn Roe v. Wade.

You can read the entire article here. It's definitely worth a read and share.
Posted by BlackTsunami at 3:53 PM No comments: 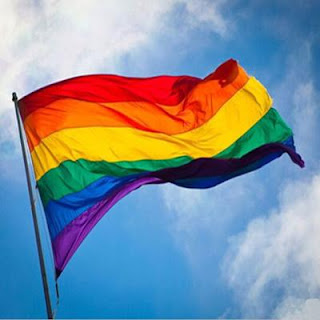 LGBTQ-Themed Books Removed From Fairfax County HS Libraries - And then they lied about the content of the books. Why am I not surprised?
Three Polish regions repeal 'LGBT-free zone' declarations- Money talks. Always.
13 Celebrities Who Came Out As Bisexual in 2021 - Bi-visibility!
Lauren Patten’s Tony Win For ‘Jagged Little Pill’ Slammed Amid Backstage Controversy - The more we know . . .
Posted by BlackTsunami at 8:42 AM No comments: