Show love to Fred Phelps's family instead of hatred 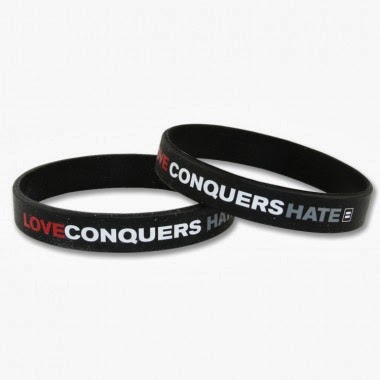 I’m sending this message to you in hopes that you may send it on. I hope that as in other times a cooler mind may win out before others make a choice we, the LGBT community, won’t be able to take back. It has been reported today that Fred Phelps has died. It is safe to say that, given his attitude and his devotion to hate, those of us within, and around, the LGBT community will not mourn his end. He caused many families pain at a time when they were already hurting from the death of loved ones. However, this is his legacy, not ours.

The very post I saw his death reported also had a call to picket his funeral as he has done to so many. This was by a friend who has seen his hate, and understandably wants to exact revenge. But if the actions of his life have shown anything it is that the funeral is no place for revenge or the spirit of hate. We may not feel sorrow at his death. It may even be a day of relief. But this is the time to show why he was wrong to protest the funerals of our family.

This is the chance to show the world how we are better people. We aren’t people who make the death of a man the reason to celebrate, no matter who that man is. We are the better people. And no matter who he is to us, he was someone’s father, grandfather, brother, and uncle. We may still be fighting against them, but today they need the respect they didn’t have the capacity to give when it was us. If we act in any way other than respectful we become no better than them. In stooping to that we relinquish the right to call what they do wrong.

15 Experts Debunk Right-Wing Transgender Bathroom Myth - The headline alone is gold for the lgbt community. The article is an awesome rundown which should be repeated continuously.


Debunking The Big Myth About Transgender-Inclusive Bathrooms - Equality Matters goes into more detail and it includes a incredible graphic which the organization should make as a stand alone graphic (hint, hint, hint).

Fred Phelps, former head of Westboro Baptist Church, died, family member says - R.I.P. to a very hateful man. He has to answer to God now for his behavior. And unlike some in the lgbt community, I refuse to give this mess more attention than it deserves. Our fight for equality goes on.

Could Austin Ruse’s Violent Rhetoric Endanger C-FAM’s Status with the UN? - It's spooky to think how much pull this anti-gay group could have had in the UN had not Austin Ruse opened his big mouth.

The difference between being persecuted and just plain whining

This visual, which I gleaned from an online friend, says it all: 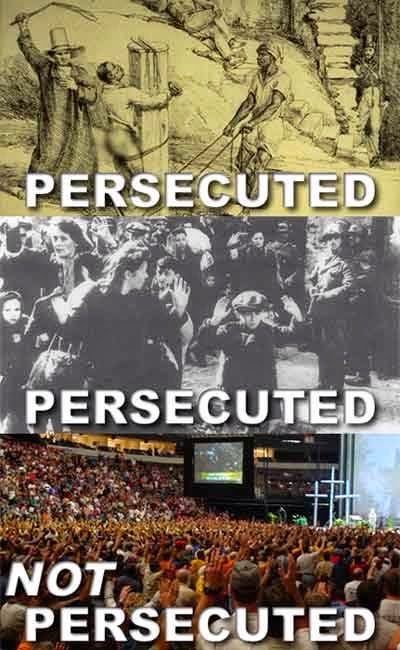