While we continue to ponder how in the hell did Donald Trump get into the White House and have our fingers crossed or Maalox handy for Tuesday's SCOTUS hearings, a little news brief about Jerry Falwell, Jr. and his poolboy controversy should make us smile just a little:

From the Miami Herald:

Jerry Falwell Jr. has settled the Miami court case that laid out many of the details behind the South Beach real estate venture his family launched in 2013 with a former Fontainebleau pool attendant the evangelical leader and his wife met while on vacation.

In a federal court filing, Falwell and the young lawyer who sued him, Gordon Bello, said they have settled the case for an undisclosed “monetary sum” that Falwell, the president of Liberty University in Lynchburg, Virginia, will pay Bello, a legislative aide for the Miami-Dade County Commission. Bello sued in 2017, claiming he was promised a stake in the South Beach hostel that a Falwell family entity purchased in 2013 for $4.7 million. Bello, 28, claims he and his father, Miami builder Jett Bello, pitched Falwell on the hostel idea after being introduced by Giancarlo Granda, a high school friend of the younger Bello’s.

. . . The case became a side plot to the national saga of Falwell and his business venture with Granda, not to mention the other odd twists, such as an ex-Trump lawyer claiming he had once intervened to track down compromising photos of the Falwells.

There were unexplained developments in the Bello litigation, too. He was previously known as Jesus Fernandez Jr., and his father as Jesus Fernandez Sr. Both changed their names to Bello in the summer of 2016, saying they did so under pressure.

The younger Bello said in court papers the change was “due to a matter directly related to the subject matter of this lawsuit.” The elder Bello told the Miami Herald the change was due to “major concerns” and those concerns were “based on threats.”


Neither Falwell nor Bello would comment on the settlement. Figures.

Related post - On Tuesday, Jerry Falwell, Jr. learned the definition of the word 'receipts' . . . the hard way
Posted by BlackTsunami at 5:08 PM No comments: 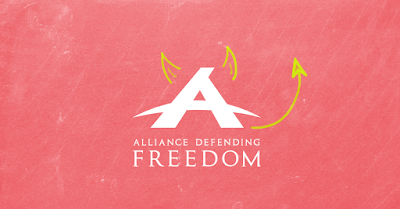 Inside The Christian Legal Army Weakening the Church-State Divide - I have consistently warned about this group, the Alliance Defending Freedom. Regardless of what happens at the Supreme Court this week, more of us will know about this group. And it's about time.

Virginia Teacher Fired For Misgendering Transgender Student Is Suing Former School - Speaking of the Alliance Defending Freedom, they are behind this mess, too.

LGBTQ Sports winners and losers of the week - Interesting.

House Democrats filed a resolution to condemn Ben Carson for his transphobic comments - Good! For now.
Posted by BlackTsunami at 8:33 AM No comments: