While I am happy that Sen. Marco Rubio and GOP presidential nominee Donald Trump are catching flack for their attendance at an anti-lgbt conference in Orlando, there is one portion of the story I feel should get a little more emphasis.

Rubio was initially evasive about the conference. When first confronted about it, he said the following:

"The event I will be speaking at in Orlando is a gathering of local pastors and faith leaders. Leave it to the media and liberal activists to label a gathering of faith leaders as an anti-LGBT event. It is nothing of the sort. It is a celebration of faith," he said.

"Because I believe that a strong America is not possible without strong families and strong values, for years now I have participated in events hosted by faith leaders to speak about the cultural and social issues before America, including the importance of parents and families, religious liberties and combatting poverty.

"I have always supported a traditional definition of marriage. But I recognize that a significant number of Americans hold a different view. Because marriage is regulated by the individual states, they have the right to petition their state legislature to change the law. And those of us who support traditional marriage also have a right to oppose those efforts.

"This debate should be conducted in a way that is respectful of the views and the dignity of those on both sides. That is the way I have expressed myself each time I have been asked to opine on this issue. And that is how I intend to continue to do so."


He said this in spite of the fact that other attendees and speakers at the same conference have an extensive  paper trail of comparing lgbts to pedophiles, claiming that we are tools of Satan, and all-around demonizing us.

And Rubio's speech at the conference should raise more eyebrows regarding his initial evasion. He is being portrayed as taking a stand against anti-lgbt intolerance:

Using the shorthand “L.G.B.T.” several times, Mr. Rubio told the group that the perception that many Christians are anti-gay is harming their faith. He urged them to resist passing judgment on gays. “Do not judge, or you will be judged,” he said, echoing a verse from the Bible.

“To love our neighbors we must recognize that many have experienced sometimes severe condemnation and judgment from some Christians,” he said. “They have heard some say that the reason God will bring condemnation on America is because of them — as if somehow God was willing to put up with adultery and gluttony and greed and pride, but now this is the last straw.” While he repeated his belief that marriage should not be redefined to include same-sex couples, his speech touched on the history of discrimination against gays, which he asked his audience to consider.

“When it comes to our brothers and our sisters, our fellow Americans, our neighbors in the L.G.B.T. community, we should recognize,” he said, that American history “has been marred by discrimination against and rejection of gays and lesbians.”


Personally, I'm not impressed. And I strongly believe that Rubio's tone has less to do with concern for the lgbt community and more to do with the fact that the challenger to his Senate seat, Patrick Murphy,  is gaining in the polls.

Rubio isn't doing me or any other lgbt any favors by supposedly defending us. I learned all I need to know about his aims when he lied about the conference in the first place.

And him giving a speech decrying homophobia at a conference which he claimed wasn't anti-lgbt in the first place is merely gravy.
Posted by BlackTsunami at 3:13 PM No comments: 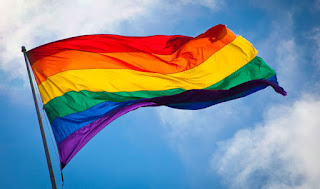 Daily Beast: 'We were wrong' to publish article nearly outing gay Olympians - Yesterday, the Daily Beast published a highly irresponsible article which put lgbt Olympic athletes at risk. Even though the article was yanked, the publication is still dealing with the fall out, fueled by a righteously indignant lgbt community. Haven't folks learned not to cross the lgbt community?

Grindr is not a gay sex peep show for straight people - The Daily Beast WILL learn today.

New CDC Report: LGB Youth Face 'Heartbreaking' Level of Risk for Violence, Suicide Attempt, Bullying - We have to do more for our lgbt youths.

Family Rearch Council bragging about Trump speaking at its event

Does any of the recent controversies with Donald Trump (such as falsely claiming that Hillary Clinton and President Obama founded the terrorist group ISIS, attacking a Gold Star family, telling Russia to hack Clinton's email, implying to his supporters that Clinton should be assassinated should she be elected, etc. etc.) minimize his standing in any way with the "Christian" group the Family Research Council? 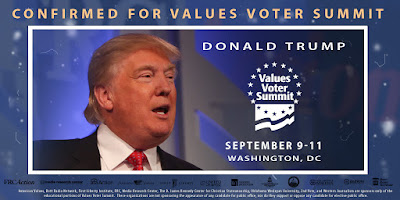 It's not surprising to a lot of us that FRC , in spite of its constant spin about morality and values, have remained pretty much silent throughout the ado about Trump's inability to show the poise and discipline one would expect from a presidential candidate.

The only value FRC is concerned about is power and the organization doesn't seem to care whose coat tails it rides upon to get that power.

The next thing you know, FRC will be praying to God that Voter ID laws be passed even though it's been proven that those laws unfairly target African-American voters.

My mistake. The organization already has.
Posted by BlackTsunami at 4:54 AM No comments: