Editor's note - I was contemplating not posting another piece in light of that awful terrorist act in Charleston last night. Yes it was a terrorist act and I will not rehash it to prove my point. There is no need. My prayers and condolences got out to all of the victims (the deceased and their families) and I hope we can learn something. How many times must this happen before we all get down to discussing the things which keep us down?

For those who want to know more, Buzzfeed is consistently updating about the incident.

I am only posting because I feel my news briefs are still needed, even on a day like today:

Audio: The one where Brian Brown attacks @FakeDanSavage's son at an anti-gay church conference - So even after being invited into Dan Savage's home, seeing his family, and having a discussion about the importance of ALL families, NOM's Brian Brown pulls this mess. Not smart, my friend.

South Bend Mayor: Why Coming Out Matters - His message is important.
Posted by BlackTsunami at 9:12 AM 1 comment: 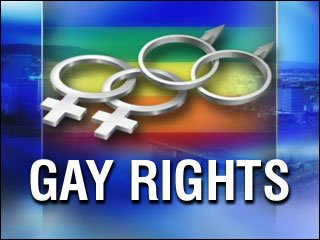 Media Matters suggests five "do's and dont's" for the media when covering the upcoming SCOTUS decision on marriage equality.

I personally think these tips would work just as well when it comes to covering lgbt equality issues and this so-called cultural war. Attached are three of the tips:

In recent debates over marriage equality, anti-LGBT groups and activists have trotted out the same tired "horror stories" about the supposedly negative consequences of same-sex marriage on religious liberty, including that:
All these claims were thoroughly debunked years ago, but news outlets tend to cite them without checking the facts. Journalists should avoid lending credibility to anti-equality myths and hold commentators who push this kind of misinformation accountable.

Mainstream media often fail to give their audiences relevant information about guests they ask to comment on marriage equality. If a guest represents an anti-LGBT hate group for example -- like the Family Research Council or American College of Pediatricians -- identifying the person as such is essential to providing audiences the context they need to assess that guest's point of view. On CBS' Face the Nation this past April, Bob Schieffer exemplified how the media should introduce such opponents when he accurately identified one of his guests as the president of an anti-gay hate group. Schieffer's decision to properly identify Tony Perkins, of the Family Research Council, infuriated anti-LGBT conservatives, who rely on softball media interviews to whitewash their extreme positions. Anti-LGBT groups also frequently use legal scholars and academics to advance their talking points without revealing the animus that motivates their work.

Pitting religious communities against proponents of marriage equality is a common practice in the media, but it ignores the fact that most religious people support legalizing same-sex marriage. Media outlets have historically had trouble separating anti-LGBT animus from sincere, mainstream religious belief, framing the debate instead as a "God vs. Gays" issue. A recent study found significant margins of people in major religious groups -- including 84 percent of Buddhists, 77 percent of Jews, 60 percent of Catholics, and 56 percent of Orthodox Christians -- support same-sex marriage. Among all religiously affiliated Americans, supporters are in the plurality, with 47 percent favoring same-sex marriage, compared to 45 percent who oppose it.

Aside from misrepresenting support for marriage equality among religious people, elevating the "God vs. Gays" myth reinforces the right-wing campaign for anti-LGBT "religious freedom" laws. Coverage of the marriage equality decision will offer media outlets an opportunity to accurately portray the support for same-sex marriage among religious groups, and dispel inaccurate tropes about religion and gay people.


The rest of the "do's and don't's - DO Rely On Empirical Evidence, DON'T Cite Flawed Social Science - are equally important. Check them all out here
Posted by BlackTsunami at 5:05 AM No comments: